How to Make Your Own Zero-Waste Mushroom Tincture 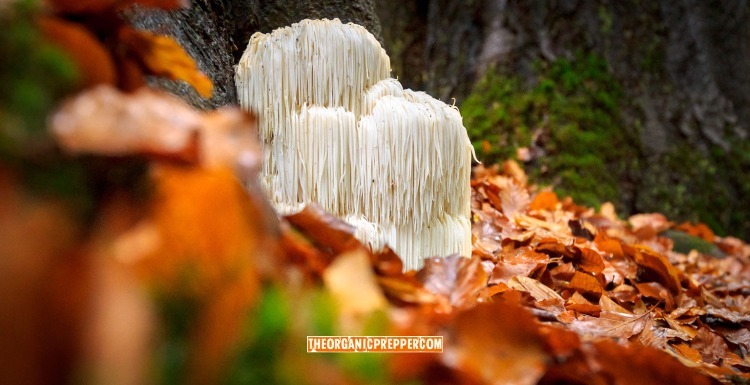 What if I told you that crafting your own mushroom tincture could save you hundreds of dollars? What if I told you that this could easily be accomplished with minimal gear, training, or time? There’s something to be said for being able to grow one’s own food, and mushrooms can serve as an excellent source of such.

I set off on a journey to see how this would work out. There was just one problem – my backstory.

I studied them in college. In fact, I took both mycology and plant pathology courses from one of the world’s preeminent scientists at the time, Dr. Ganga Nair. Once I got used to his thick Indian accent, I quickly came to realize he was a great teacher who enjoyed fried puffball, among other things.

I myself never really got into eating life forms that grow on rotting things. However, not too long ago I won a table top lion’s mane mushroom farm at the local community gardens auction. I’d been trying to run the price up a bit for the organization, and ended up being high bidder. So, I might as well give home cultivation a try, right?

The table top farm had been donated by Field and Forest Products, a company that sells pretty much everything. Whether you’re looking for kits like mine, for mushroom log equipment, or for the ability to grow your own mushroom blocks, they have it.

Considering that we’re likely to face a global famine in the very near future, I figured there was no time like the present to learn how to grow yet another type of my own food.

The instructions that came with my farm were very clear and the setup took me about 10 minutes. I faithfully spritzed water into the humidity tent every day for two weeks. Then it happened! I saw what’s called pinning – the beginning of mushroom formation.

In about another week, I had nice lion’s mane mushrooms sprouting on four sides of the block. It does take some time for them to mature, but that’s normal. I cut them when they were ready and decided to at least try them. Remember, mushrooms have never been my forte.

Sautéed in butter with some of my homegrown garlic, they weren’t bad. I wasn’t delighted but I wasn’t puking either, nor do I seem to be allergic to them. However, I wasn’t going to eat them fast enough as they only last 3-4 days fresh. So, I decided to dehydrate them for tincture making.

Yep, you can make tinctures out of mushrooms. Fun fact. In order to make the tincture, I needed alcohol (Everclear or something similarly high proof), and a way to heat the water for 12 hours that wouldn’t burn my house down. I ended up buying a small Nesco slow cooker.

Using both water and alcohol is a method of mushroom tincture crafting known as double extraction. The rationale is that alcohol extracts some beneficial ingredients and water extracts others. It’s not a difficult process but it is a bit time-consuming. I’ll summarize my steps below, but the recipe I chose to follow can be found over at Modern Forager.

I divided my quantity of mushrooms in half, putting the first half into a pint Ball jar and covering with the Everclear to about one inch over the quantity of ‘shroom. Close the jar with a lid, label with date and contents, and give it a shake every time you walk by for two weeks.

Once I had the Nesco, I cut up the other half of the mushrooms and poured 3.5x the amount of water to the infused alcohol. I also added the pieces left from the alcohol extraction, which I’d strained previously using a coffee filter. I ended up with 8 oz of infused alcohol, which I then added 30 oz of water to. (8 x 3.5 = 28, but I rounded up.)

As a side note, I used filtered water. I felt like this made it so I wouldn’t have to worry about municipal additives to the water supply messing with the final product. Whether this is necessary or not may be debatable, but it’s a factor to consider. I set the slow cooker on ‘warm’ and let it go overnight – about 12 hours. When I checked the water temperature in the morning, it was the upper range mentioned in my recipe (160F) so, life was good.

Step 3: Strain the mushroom pieces out of the water and mix.

I used my regular wire strainer for this. Pieces went into the compost bin, water went into a quart Ball jar. Infused alcohol was added to the water and the precipitate mentioned in my recipe formed. My yield was 26 oz of the mushroom tincture. Obviously, some of the water boiled off. No worries. Naturally, I had to try some!

THE STUFF WAS WICKED! And no, I didn’t use the word “stuff” when I swallowed. The guy who wrote the particular mushroom tincture recipe I used mentions drinking his in coffee, and I can see why. You need to mask the flavor. But lion’s mane, in particular, is said to have so many health benefits, I can’t resist!

What are some of the potential health benefits of lion’s mane mushrooms?

While there still needs to be a lot of research into the health benefits of lion’s mane, from the current studies that are out there (most of which are animal studies), below are some of the potential benefits that lion’s mane may possess. Time will tell.

And there are many other exciting potential health benefits that are currently being debated within the scientific literature as well!

Is making your own mushroom tincture worth it?

Let’s look at the final cost, and see for yourself…

I checked out the price of double extraction lion’s mane tincture on Amazon, and found it averages around $35 per 2 oz bottle! My 26 oz comes out to 13 of those $35 bottles. That means if I had bought the amount of tincture I made, it would have cost me $455.

Granted I’m not into it for the bottle, dropper, and labeling, but it looks like by doing it myself I’ve saved $393, or $30 per bottle. And I still have plenty of Everclear as well as my cooker.

Can you subculture your own mushrooms?

After my mushroom tincture experiment, I was left with this organism growing in a block on my kitchen table. As mentioned earlier, I also have a background in mycology. Why, I ask myself, should I continuously purchase ready-made farms when I can subculture the organism into the proper nutrients myself?

I just grew my own food and crafted $455 of mushroom tincture. If I wanted to do that again (and I did), did I really want to continue to have to buy mushroom farms?

Nope. And neither do you.

There was an opportunity sitting in front of me to continue to cultivate my own mushrooms, and so, I’ve been working on that since.

The cultivation experiment so far:

I opened up the bag, split up the block, and inoculated to my heart’s content. I inoculated a couple of areas in my yard which I won’t have the results of until spring. These went into the soil along with some nice dead leaves and small branches, since I read that these mushrooms in particular like the cellulose in wood.

I also have some straw leftover from another project, so I soaked the straw in water and inoculated some pieces of the farm block into a pot full of straw. After two weeks and some poking around online, I took a look under the plastic and decided to alter my method. The fungus hadn’t colonized as I expected.

I had covered the pot with plastic and a humidity dome and spritzed every day. There was water on the straw side of the saran wrap, but when I felt in there with my finger the layer containing the spawn was a bit dry as was the spawn. Fungi typically prefer moist and humid conditions. I have also been watching some videos on home cultivation, and none used a pot. My farm used a bag, and the people in the videos used bags.

Therefore, I decided that I too would try a bag.

These people were saying that full colonization of the substrate took about two weeks. That had already passed though, and no joy. The one good thing I’d noticed though was that there wasn’t any mold smell. I didn’t want anything competing with my mushrooms for nutrients.

So, I grabbed a standard one-gallon freezer bag and repacked the straw from the bottom of my pot along with the original spawn. I layered the straw and spawn as the videos showed, sealed up the bag, and rubber banded it.

If I achieve full colonization, I’ll poke holes in it just as I did with the table top farm. Theoretically, I should not only get a few mushrooms out of the deal, but the ability to inoculate more bags, thus perpetuating the organism indefinitely. Since I made my first block only yesterday, I don’t have results to report yet. However, the block looks good – moist and humid. If there’s a mycelium alive in there, it should grow. At least in theory.

And since Plan B can be a good thing, I ordered two more farms yesterday, one lion’s mane and one shiitake. By ordering the full farm I’m guaranteed some mushrooms for my money, plus I have spawn for later use. I’ll let you all know how it goes!

This is from a woman who isn’t really that fond of mushrooms, right? Life moves in mysterious ways, and skills are always a good thing to develop. 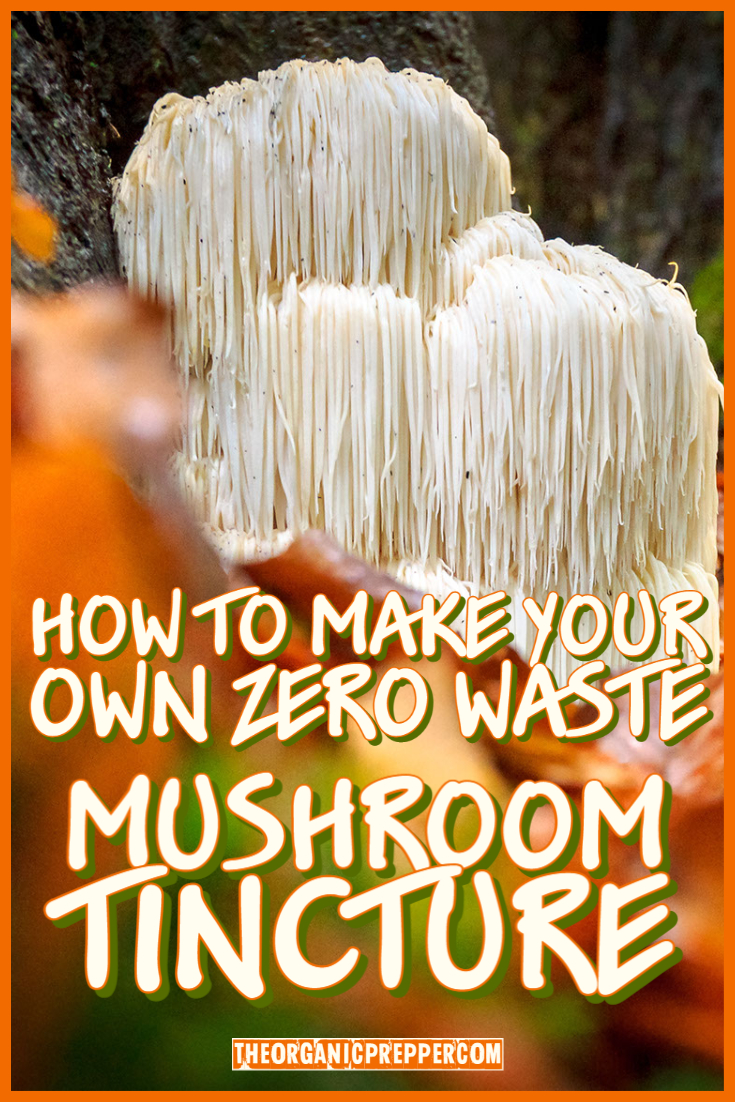