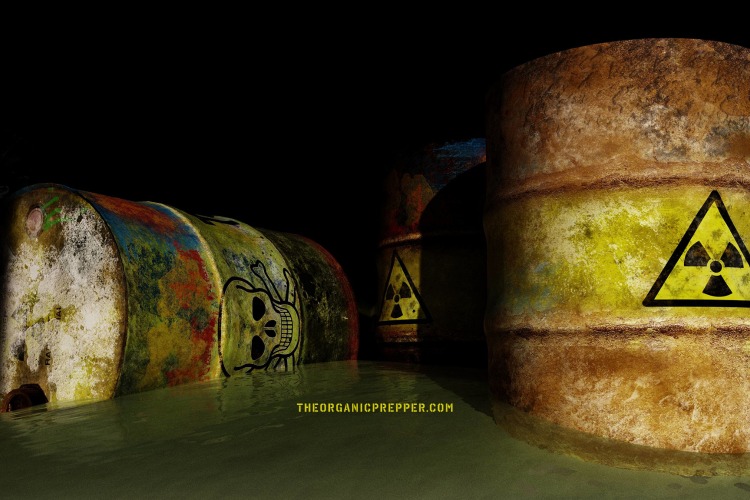 Sometimes even worse than having a mysterious illness is the fact that no one in the medical profession believes that you have this illness. Or, still worse than that, they don’t believe that the illness even exists.

Imagine being desperately ill and having your doctor tell you that it’s all in your head.  Imagine being so incredibly ill that you are wasting away in front of your family’s eyes, and having your physician prescribe you psychiatric medications. Imagine that in your search for answers, you spend every penny you have and you still don’t have a diagnosis.  Imagine being poisoned by your food, your air, your dentist, and the very medications that are supposed to be helping you.

Imagine being a victim of an instant-food, good-smelling, clean-looking toxic society

Because it is not recognized by the medical profession, research is limited. Since the answer is the avoidance of chemicals instead of the introduction of more chemicals (pills) Big Pharma has a vested interest in keeping this a non-diagnosis.

Toxins that we in the “civilized world” are exposed to on a daily basis can cause flare-ups that lead to hospitalization, disability, and death. Many who suffer from this condition become self-isolated in an effort to avoid exposure to substances like smoke, pesticides, plastics, synthetic fabric, scented items, chemical additives in food, preservatives,  products made from petroleum, and noxious fumes from paint or cleaning products.  Check out the following video to learn more about MCS, an shocking issue that has only arisen in the past few decades as our environment become more and more toxic.

According to Dr. Mercola, many of the chemicals that we are exposed to on a daily basis never leave our bodies, but accumulate in fat and bone marrow. He writes:

The sheer number of toxic chemicals that you are exposed to on a daily basis is truly staggering. With some 100,000 different chemicals being used throughout the world, and 1,500 or so more being added each year – all without any major oversight or testing for safety until after the fact – is it any wonder that you’re not as healthy as you should be?

The number of toxic chemicals is so large, addressing them all would be an impossible mission, but I believe being an informed and vigilant consumer CAN help you keep your toxic load as low as possible, even if it may be impossible to cut your exposure to zero.

After all, they’re everywhere; in your air, water, soil, food supply, and in a vast majority of the personal care, household and yard products you use on a regular basis. Today, they’re even in the circuitry boards of the electronics you surround yourself with. Some of the sources of toxins you have control over. Others, you don’t. (Click HERE to read Dr. Mercola’s tips on avoiding chemical overload)

Recently I wrote an article called The Great American Genocide, in which I discussed how the toxins we are exposed to on a daily basis are making us sick, setting up our children for infertility, and inevitably bringing us to an early death.  I received an email  from a victim of these toxins who has lost everything. I am republishing here (with permission) because it’s time that we, as a society, stop putting our fingers in our ears and singing “Lalalalala” in an effort to drown out the stories from victims like this.

My name is Kim and I have had direct horrible life trauma due to environment and chemical poisoning because of what is being done in this country.

About 11 years ago I was eating a burger from McDonald and cracked a back molar on a piece of bone in the burger, that tooth had previously been “fixed” with an amalgam (mercury) filling. Well after it broke it didn’t really hurt and I didn’t have insurance so I never got it fixed. About a year later I starting having what I was told was panic attacks and anxiety issues (I much later found out that was not the issue).

After about 5 years of dealing with progressively worse “anxiety” it got to the point where I would randomly feel so ill I couldn’t even leave the house. Finally in February of 2010 I woke up one day and felt like someone punched me in the stomach. It was so horrible and I just couldn’t shake the pain – I saw my doctor multiple times and they told me it was all anxiety related.

I realized after about two weeks of being so sick I could barely move with constant “panic attacks” that it would get worse every time I ate. So I immediately switch to something that would not upset my stomach like yogurt and bread. I ate just that for months – all the while my doctors were telling me it was all in my head and there was nothing wrong with my stomach. Over the last 3 years my diet varied slightly but as things got worse I was basically limited to a diet of white rice and chicken noodle soup (without the chicken) for the last two years. I saw 28 doctors in this time period who diagnosed me with all kinds of issues (all of them stemming from the root cause but no one able to tell me what that was)

Not only was I actually having allergic reactions to food, not panic attacks, but I started having them to touching things and smells as well. In January of this year I finally found a doctor that knew a little bit about what was going on with me and put me on many supplements – which have helped a lot. Right before I found that doctor I spent 4 days in the hospital because I couldn’t breathe (especially while trying to have a BM) and after they checked my heart they told me I was fine and to leave the hospital. When I begged the doctor not to make me leave because I knew I would die the doctor told me to go see a psychologist because there was nothing wrong with me.

Just this last Thursday I finally found an alternative medicine doctor/integrated medicine doctor that gave me all the answers I was looking for. After some tests I found out a few things:

It will probably take years to rebuild my stomach, fix my teeth, clean all the mercury out of my body, and eliminate all the toxins, etc but at least now I know what is going on and I’m on the right track.

Unfortunately, my out of pocket medical costs have bankrupted my family – literally since we were just evicted and are now living in a hotel with two of our four daughters. With that said I have made it my personal mission to destroy everyone and everything that contributed to this issue – from the bad food we so unknowingly consume, the products we use daily that are filled with cancer causing agents and other harmful products, the western medicine doctors that trying to treat all symptoms with a pill instead of fixing the root cause of the issue, etc.

“The preferred medical term is Idiopathic Environmental Intolerance (IEI), which can be defined as a “chronic, recurring disease caused by a person’s inability to tolerate an environmental chemical or class of foreign chemicals.”   The site lists the following criteria for a diagnosis:

“The preferred medical term is Idiopathic Environmental Intolerance (IEI), which can be defined as a ‘chronic, recurring disease caused by a person’s inability to tolerate the environmental chemical or class of foreign chemicals.”

The site lists the following criteria for a diagnosis:

To avoid being poisoned is to be labeled a kook

You will be the one at office parties and family events who brings their own food, the target of sighs and eye rolls. It is being the one who makes her own soap and cleaning products. It is being that person who avoids so many of the things that are part of everyday life in America that she becomes an outcast. We, in the “civilized world”, seem to be intent on being complicit in our own demise, paying our hard-earned money to inhale toxins and pollutants, to consume chemical concoctions instead of food, and to slather poison on our bodies to be introduced into our systems through the pores in our skin.

Whether you believe this is deliberate depopulation or careless disregard in the pursuit of the almighty dollar, there is little question that we are all victims of a toxic civilization.

This is our future, and no amount of cognitive dissonance, no loudly stated refusal to believe it, will make it go away.

Credit:  Thank you, Kim, for sharing you story.  May God bless you and your family. 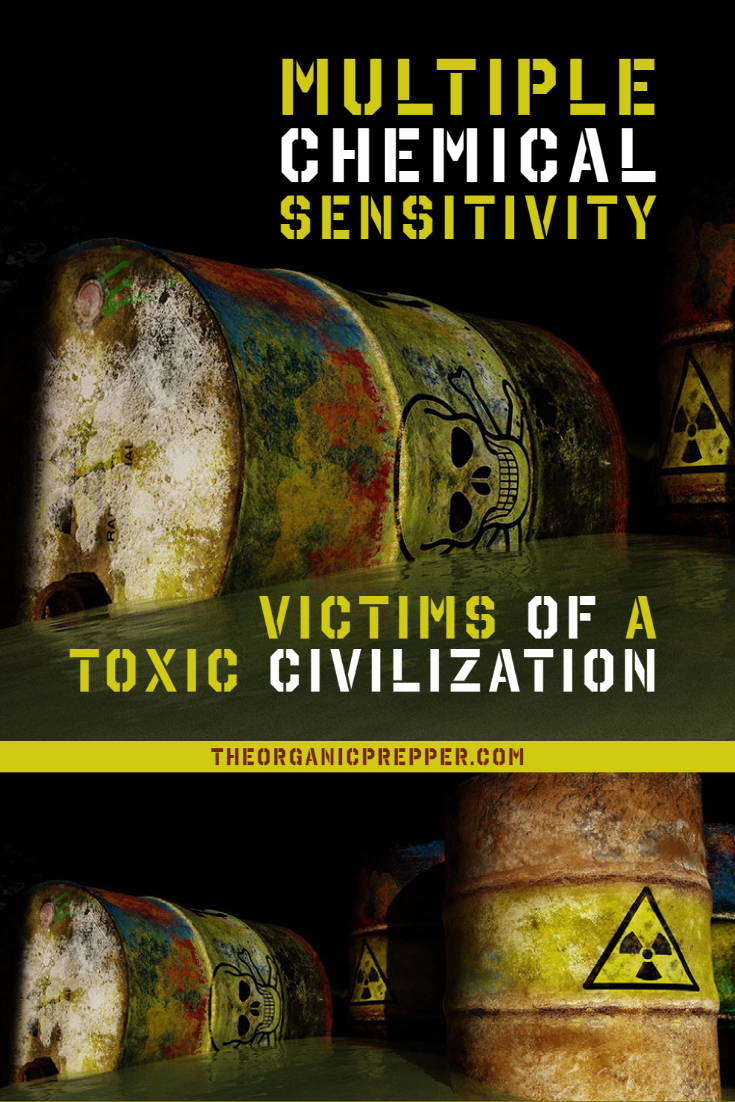