Listeria Claims a Life: What You Need to Know About This Deadly Outbreak 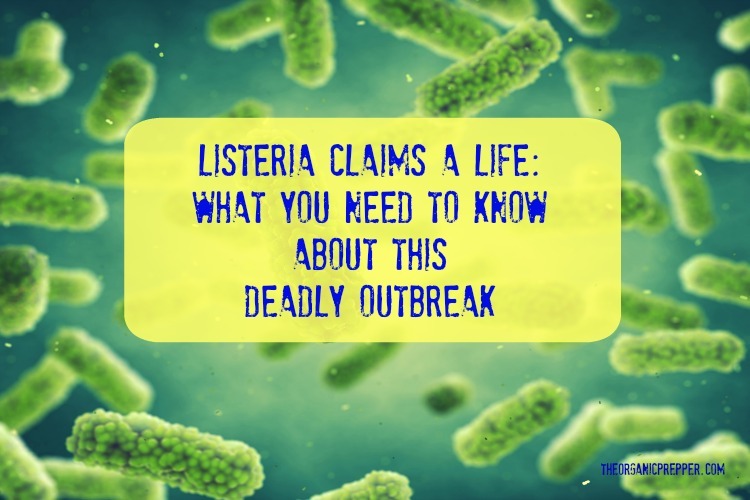 The Centers for Disease Control and Prevention (CDC) and several states are investigating an outbreak of Listeria that has killed one person and hospitalized several others.

The outbreak has been linked to deli meats and cheeses, reports the CDC:

Epidemiologic and laboratory evidence indicates that meats and cheeses sliced at deli counters might be contaminated with Listeria monocytogenes and could make people sick.

In interviews, ill people report eating different types and brands of products, including meats and cheeses, purchased from and sliced at deli counters in many different retail locations.

The outbreak strain has been identified in samples taken from meat sliced at a deli and from deli counters in multiple stores. (source)

Both the U.S. Department of Agriculture’s Food Safety and Inspection Service ( FSIS) and the U.S. Food and Drug Administration have joined the investigation, reports Food Safety News:

FSIS and FDA evaluated records state inspectors collected from delis where the ill people ate to determine whether a common meat or cheese product was served at the delis. The analysis of the available documentation could not identify a common product. The FSIS and FDA will continue to assist with the investigation should additional information become available.

The outbreak strain of Listeria monocytogenes has been identified in samples from meat sliced at a deli, and from deli counters in multiple retail locations in New York and Rhode Island. Whole genome sequencing showed that the Listeria strain from these samples is closely related genetically to the Listeria strain from ill people. This result provides more evidence that people in this outbreak got sick from eating deli-sliced products. At this time, the investigation has not identified a common product that was sliced or prepared in the delis. (source)

CDC estimates that Listeria is the third leading cause of death from foodborne illness, or food poisoning, in the United States. Several outbreaks occur most years.

Listeria is a type of bacteria found in soil and water and some animals, including poultry and cattle. It can be present in raw milk and foods made from raw milk. It can also live in food processing plants and contaminate a variety of processed meats.

Unlike many other foodborne bacteria, Listeria can continue to grow in cold temperatures – including in the refrigerator. It can multiply rapidly, spreading from one food to another. Listeria can live for years on equipment in places food is prepared, including food processing plants, grocery stores, and delis.

Listeria is killed by cooking foods to the proper temperature (165 degrees F) and pasteurization.

Common sources of Listeria include:

Some research suggests that cold cuts sliced at deli counters are more than five times as likely to be contaminated with listeria than pre-packaged cold cuts, usually because of in-store contamination. However, that does not mean that pre-packaged deli meats and cheeses pose no risk.

Listeria can cause a serious infection in humans called Listeriosis.

Not everyone exposed to Listeria gets sick from it, but when they do, it can cause serious illness. About 94 percent of people who develop listeriosis – the name of the infection the bacteria causes- end up in the hospital. Approximately one in five victims who become sick from Listeria die from the infection.

If you believe you have been infected with Listeria, experts recommend seeking medical care and tell the doctor about any contaminated food you may have consumed within the last two months. Listeriosis is usually diagnosed when a bacterial culture grows Listeria from a body tissue or fluid, such as blood, spinal fluid, or the placenta. The infection is treated with antibiotics.

Symptoms of infection depend on the person and the part of the body affected. Listeria can cause fever and diarrhea like other foodborne illnesses, but that type of infection is rarely diagnosed.

In people with invasive listeriosis, meaning the bacteria has spread beyond the gut, symptoms depend on whether the person is pregnant, reports the CDC:

Pregnant women: Pregnant women typically experience only fever and other flu-like symptoms, such as fatigue and muscle aches. However, infections during pregnancy can lead to miscarriage, stillbirth, premature delivery, or life-threatening infection of the newborn.

People other than pregnant women: Symptoms can include headache, stiff neck, confusion, loss of balance, and convulsions in addition to fever and muscle aches. (source)

People with invasive listeriosis usually report symptoms starting 1 to 4 weeks after eating food contaminated with Listeria; some people have reported symptoms starting as late as 70 days after exposure or as early as the same day of exposure.

Listeria is most likely to sicken pregnant women and their newborns, adults aged 65 or older, and people with weakened immune systems. Other people can be infected with Listeria, but they rarely become seriously ill, according to the CDC:

Listeriosis is usually a mild illness for pregnant women, but it causes severe disease in the fetus or newborn baby. Some people with Listeria infections, most commonly adults 65 years and older and people with weakened immune systems, develop severe infections of the bloodstream (causing sepsis) or brain (causing meningitis or encephalitis). Listeria infections can sometimes affect other parts of the body, including bones, joints, and sites in the chest and abdomen. (source)

Here’s what you need to know to avoid infection.

Retailers should clean and sanitize deli slicers frequently and other areas where deli products are prepared, stored, or served to avoid cross contamination.

Are there things you do to avoid infection with foodborne illnesses like Listeria? Please share your thoughts and ideas in the comments.