What Life Is Really Like for a Venezuelan Mom 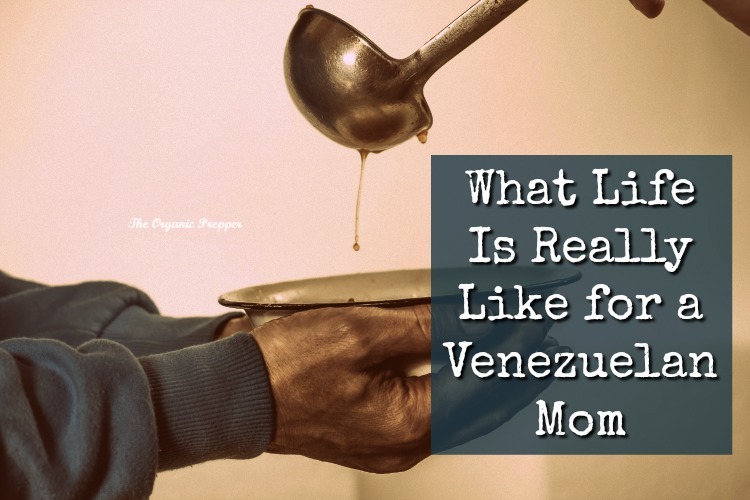 Did you ever wonder what the life of a mother in Venezuela is like?

This is not a fictional story. It is a couple of days in the life of one of our best friends, in our country, under the current conditions. Her son suffers from diabetes. He is 12 years old and has lost one tooth because he is malnourished and needs a special diet. We’ll call her L.

She woke up early, around 6 AM. After using just a drop of toothpaste, and a tiny little bit of what used to be a soap bar for washing her face, she dressed and went to her kid´s bedroom. He was already awake, but still in bed. Another drop of toothpaste, and using the same tiny bit of soap, he was ready for breakfast. This was just a piece of boiled tapioca, with a teaspoon of margarine, and a tiny bit of ground cheese on top. A banana, and a glass of water. Eggs are a luxury item, usually left for the weekend’s breakfast. A fulltime shower before leaving would be a waste of soap, better to sleep clean at night because going to bed fresh is better once the lights go out and the air conditioning stops working.

She walked her kid about ¾  mile to school, in streets half empty, with very few cars. This is not surprising. There is no money for oil changes nor tires or batteries. There are express assaults often, usually with a couple of men on a small Chinese motorcycle (bought by the government and sold under subsidies for the “poor” people who needed a vehicle), with the one on the back seat jumping off the bike with a gun, and robbing the bystanders.

With eyes on her back, and very alert, after dropping the kid at school she walked to the avenue, just for trying to find a cattle truck or any other farm truck that are transporting people to the downtown where she worked. After texting on her old cellphone and saying she was already waiting for a truck, she quickly hid her phone inside her jeans. After 35 minutes of waiting, a truck appeared, loaded with people up to the roof. She paid to the chauffeur and the passengers helped her to climb up. A taxi is no longer an option.

Most of the people are working the taxi just under request, because of the high price of spare parts. They are contacted by phone and charge high prices, because of the added security level they offer. Some people have been robbed or even killed by using the wrong kind of taxi. Usually, their phone numbers are passed on by word of mouth, and they rarely transport unknown people.

She arrived at the beauty, nails and hair room on time, and her day was as usual, barely enough clients to keep the business open and running. The other 5 employees had to be sent home a long time ago, and now it is just her, the room owner (very sick with untreated cancer) and another girl with two small children and an older mother to support.

By lunchtime, an old lady with a styrofoam box wrapped in duct tape arrived. L got out her dish and “silverware”, to receive her lunch. The old lady opened her cooler and quickly served to L the ration in her dish. She pays the lady once a week if she has been able to find some stuff or the cash for buying enough food.

That day things were a little bit better so she decided to take some food for her son at dinner. One rice cup, another cup of beans, and two slices of fried plantains. Filtered water for washing it down and lunch is ready. She took an empty Tupperware she had left around just in case, and the old lady served the food inside. Sticking it in her backpack, she started to sweep the room.

Shortly before the end of the closing (business close around 6 o´clock in that part of the country and pretty much earlier if lights go out because of the night arrives fast, and being on the streets without lights is dangerous) she received a text of one of the neighbors who carpools for several people living in the same subdivision.

She quickly accepted the ride (anything is better than the platform of a truck in the rainy season), said goodbye to her boss, and got out to wait. Not staying in one spot but walking from one side of the mall to another, always in sight of the watchmen, (armed robbery, express style is rampant in the downtown these days), once the car arrived she jumped inside the already full car. Everybody is thin these days so there is always space for one more passenger. She greets the people and jokes about being on time because it almost immediately started to rain.

A light chat was in place, and she joined cheerfuly. The general consensus was “something has to happen soon”, and about where to find what product, and better price. Another topic was who had been robbed recently, and who was already leaving out the country and which route they were taking. After a 15 minute ride, they arrived to the subdivision. There was power, so the electrical gate opened without problems. The passengers walked from the entrance to their homes, greeting the driver, until the next day.

Her son was already at home. He is a kid who is 12, so he could microwave his meager lunch once he had arrived home. Another piece of tapioca, and a can of sardines. They fed the cats and their rescued puppy. They watched part of a movie on the DVD and took a shower before the lights went out.

This happened around 9 PM so they went to bed. It was fresh after all with the rain. The next day was Saturday, and she told her boss that perhaps she would be delayed because she would need to leave out early in the morning, in order to buy some food for the weekend.

At 7 AM she was already with her son in the vegetable shop. Prices in cash were half of the prices using the POS, but there was not an alternative. The rows in the ATMs are too long and the money was not enough for buying anything, anyways. So she bought a kilogram of sweet potatoes (better for people with diabetes, she has been told), one large papaya for juice and dessert, a half kilo of white hard cheese, some tomatoes, lettuce, spice herbs, half kilo of two different dried grains, and then most of the money of her monthly salary was gone.

She would buy some ground beef for a special lunch on Sunday, 300 grams or so. Mostly for F, her son who needed the proteins. She hurried home, and leaving the kid and the groceries, she quickly walked up to the main avenue to get another truck again before the rain started.

She had to wait a little bit, because the trucks were much more filled up than the day before.  Saturdays were days when people usually went out to buy some food, and getting earlier to the few shops that still have products was necessary.

Once she arrived, there was no power in the mall where her nail room was, and one man was working in the genset that provided energy for the entire mall. Once they started the engine, the mall came back to life. Some people hurried up to the line in front of the Chinese-owned supermarket. There is a lot of Chinese-owned supermarkets, and while Venezuelan people do not have money even for a taxi, the store owners drive Tahoes, live in luxury apartments, and enjoy a lifestyle that any Venezuelan, unless it is a member of the mafia cannot have.

L worked her shift, and left in a hurry again to take the transport to a neighboring subdivision: one of her clients needed to be attended at home because she was having a special night with her husband. After having done the work on her hair and nails, she arrived home with some cash, but it was already too late to go to some place for buying anything. Going out at 8 PM is definitely not a good idea these days.

They ate some casabe (tapioca dry cakes, very typical of the east of the country but not too nutritious or filling) with tomato sauce and fried plantains and went to bed. This time lights went about 11 PM, and they could watch an entire movie on the DVD. The cats were on the bed with the four of them.

The puppy was in the living room, in a big cardboard box all for himself, sleeping like a baby.

She watched her son sleep, next to her, silently. Took the remote and shut down the TV. She wanted to cry, but instead, she gave thanks to God for another day with food. 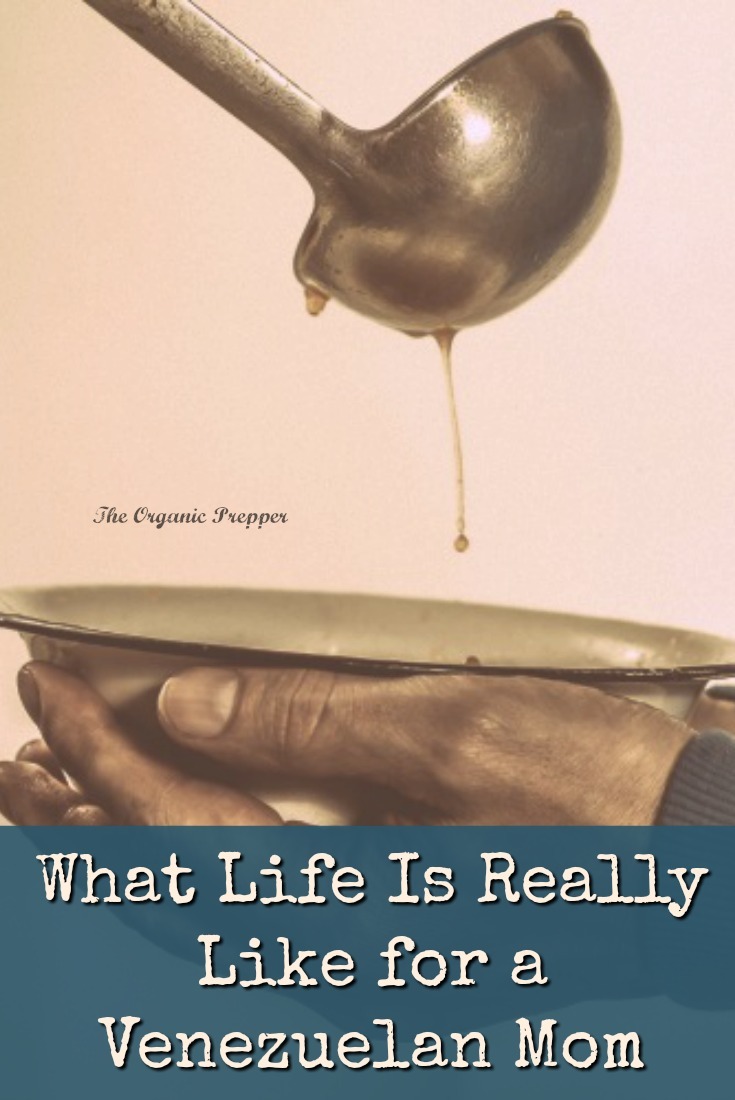