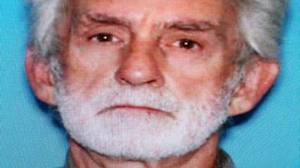 I’m genuinely curious about something.

Why is it socially unacceptable to generalize about certain groups of people, while it’s open season on others?

Why are some beliefs, religions and lifestyles protected by media watchdogs and special interest groups, while others are considered threatening and are openly vilified?

It’s estimated that there are over 3 million preppers (and growing) in the United States.  Some are God-fearing Christians, some are political Libertarians, and others are peace-loving small farmers.  We teach our children to think critically, we believe in preparing for events that could be detrimental to our survival and for the most part, we just want to be left alone to seek our happiness.  We are resistant, by and large, to governmental intrusion and to the restriction of our natural rights  – those rights bestowed upon all humanity that are  not contingent upon the legal laws, customs, or beliefs of any culture or government – the rights that are universal and inalienable..

This reality is actually pretty boring, though.  It doesn’t sell papers, get TV viewers, or more importantly, further the agenda of demonization by those who feel threatened by us.

So for those purposes, preppers are classified based on the errant behavior of people like Jimmy Lee Dykes, a mean, anti-social recluse whose neighbors feared him and who reportedly beat a dog to death with a lead pipe.  After all, Dykes had a “bunker”, a supply of non-perishable food, guns and a dislike for the government.  Therefore, Dykes is now being put forth by the media as the poster child for “survivalists”.

Infowars called it on the first day of the standoff, after Dykes boarded a school bus, shot the driver and took a 5 year old autistic boy named Ethan and held him hostage.

Since then, the mainstream media has painted a scary picture, performing due diligence in creating another negative generalization to demonize preppers, much like they did when news came out that Nancy Lanza, mother of alleged Sandy Hook shooter Adam Lanza, was preparing for the possibility of an economic collapse.

Exactly as before, the media has led the charge in a campaign of psychological warfare.

Psychological Warfare: Various techniques are used, by any set of groups, and aimed to influence a target audience’s value systems, belief systems, emotions, motives, reasoning, or behavior.  It is used to … reinforce attitudes and behaviors favorable to the originator’s objectives…  Target audiences can be governments, organizations, groups and individuals.

In another volley of demonization, Dykes has been characterized as a Vietnam veteran suffering from PTSD.  Recently, the gun rights of veterans have been threatened as the US government expressed concern over the large number of military suicides.  In December, the assault on the gun rights of veterans went even further with a bill  introduced that would put names into the National Instant Criminal Background Check System if they were deemed to have issues with PTSD.  Without a trial, these veterans would be placed on a list by the Department of Veteran Affairs, and would no longer be able to purchase firearms.

So, back to Jimmy Lee Dykes.  Clearly, the man was not a nice man.  Nice men do not beat dogs to death, nor do they threaten to shoot the children of their neighbors when those children stray onto their land.  Nice men do not kidnap children and murder school bus drivers.  These are not the actions of your average prepper/survivalist.  But here are a few examples of how the media has described Dykes.

A neighbor of the retired Alabama trucker who is holed up in an underground bunker with a young autistic boy as a hostage says that Jimmy Lee Dykes is menacing person who has been preparing for this standoff for a while…[Ronda] Wilbur said she thinks his plan to hold out in his subterranean bunker has been brewing for a while…”I think that he was obviously been planning something for a long time,” she said. “I had always figured he was more or less a wacko survivalist, but it’s obvious that he had this very well thought out and arranged, and it explains as to why he did so much work in the dark.”

A law enforcement source did not disclose a motive for the abduction and hostage standoff but said that Dykes had issues he had wanted to air and one of those issues was of an anti-government nature, according to CBS senior investigative producer Pat Milton.

But while authorities have remained largely mum, some in Midland City, Ala., who know Mr. Dykes are speculating that the former truck driver’s brazen attack on a school bus…may be an anti-government act, sparked by a court case against him.

“I believe he wants to rant and rave about politics and government,” neighbor Michael Creel told the Associated Press. “He’s very concerned about his property. He doesn’t want his stuff messed with.”

The morphing of the burgeoning survivalist movement with government defiance certainly isn’t widespread. But some experts, as well as the US Department of Homeland Security, have speculated that, for some, survivalism as an ideology can spill over into anti-government zealotry and raise the specter of domestic terrorism.

From The Southern Poverty Law Center on “Hatewatch”

Tim Byrd, chief investigator with the Dale County Sheriff’s Office, told Hatewatch that Dykes had “anti-America” views. “His friends and his neighbors stated that he did not trust the government, that he was a Vietnam vet, and that he had PTSD,” Byrd said. “He was standoffish, didn’t socialize or have any contact with anybody. He was a survivalist type.”

It’s now been more than 30 hours since police began negotiating with Jimmy Lee Dykes, the 65-year-old “anti-government” “doomsday prepper” who allegedly shot and killed and a school bus driver before retreating with a six-year-old hostage to an underground bunker on his Alabama property…Worse, since Dykes is a survivalist, his bunker is well-stocked with food and other necessary items. He had a reputation among his neighbors as “standoffish” .

From the New York Daily News

New details have also emerged of Dykes, who is described by neighbors as “very paranoid,” anti-government and possibly a “Doomsday prepper.”

The media is programming the public to fear  preppers, survivalists,patriots and veterans through an assault on the preparedness lifestyle.  They are painting all of us with the Jimmy Lee Dykes brush in a campaign of apparently acceptable discrimination.

Now, let’s take part in a little exercise.  Imagine with me for a moment that Dykes had been black.

Take the above quotes and replace the word “survivalist” with the word “black” in every single instance.  I know – it’s very awkward and uncomfortable for many of us to do that.  That is because we know that all black people cannot be judged by the actions of one person who merely happens to have dark skin.

Or replace the word ‘survivalist’ with the word “Jewish”.  The Anti-Defamation League would be all over that like a duck on a Junebug.

What about different religions – what if Dykes was classified as a “Buddhist” or a “Muslim” or a “Hindu” in those same sentences?  Hello, ACLU.

What if Dykes had been homosexual?  Would it be socially acceptable to paint all homosexual people as on-the-edge of violence and anarchy? Not unless you wanted to be sued and have Hollywood movies made, painting Dykes as a tragic, brave artist and you as the bigoted villain.

So why is it okay to characterize survivalists, preppers, veterans, Christians or those patriots who disagree with the government, in this way?

Why is it acceptable to make our neighbors fear us?  To target us with “hate speech”?  To classify us as mentally ill?

Where is our special interest group, screaming for our right not to be discriminated against?

The fact that we are feared should tell you that we are onto something.  When you can’t win an argument with reason and logic, then you have to win it with defamation and distraction.

We are the last remaining independent thinkers.  By consistently objecting to tyranny and claiming our rights, we pose a risk to the police state.  Therefore, it is imperative to them to paint us as the lunatic fringe, lest the herd start to listen and stir.

The DHS is making a list and checking it twice.  The campaign is on to make us, the self-reliant,  the new face of terrorism.

The billions of rounds of ammo, the weapons, the “Civilian National Security Force“?

One day soon we are going to  find them pointed directly at us and no one will cry out against the action, because the media is programming the public through strategic discrimination to believe that they will be safer without us.