How the Radical Left Has Taken Over Higher Education: 7 Professors Who Promote Violence

It’s pretty hard to hope for unity when our halls of higher education are hard at work creating a generation of young people who hate everything for which America stands. The backward logic used to sway the feelings and opinions of students is obvious to us, but to younger, idealistic people without experience in the real world, it can seem like these instructors are brilliant souls marching to the beat of a drum so escalated that mere mortals can’t even hear it, much less understand it.

When I wrote an article last week about plans for an attempted Communist revolution on November 4th, it was met with the expected amount of trollery and denial from people who said I was full of it. Lots of people who disagree like to call this a crazy conspiracy theory, but if I’m using their own words and actions to paint a picture, I hardly see how this could be my vivid imagination. They also argued that they were on the side of the angels. “Antifa is good,” they said. “If you are against Antifa, that means you are FOR fascism,” they opined. Obviously, that is a fallacy of relevance, because instead of arguing a point, it misrepresents the opposing opinion. But to the people who want to believe that anyone who differs is the enemy, it holds more weight than a tank full of actual evidence.

Part of the issue is the population of the ivory towers of academia. For some reason, the people who end up teaching young people – at least the ones getting media attention – are extreme in their views. These professors and instructors are held in such esteem by the universities that the students, if they aren’t the critically thinking type, believe every word they speak to be gospel. And their Communist leanings aren’t discouraged at all. In fact, in many colleges and universities, these inmates are running the asylums. Liberalism has so overwhelmed the system of higher education that this list of the most liberal colleges in America took up 28 pages.

The Marxist agenda in many of these colleges and universities is so blatant that many parents no longer encourage their children to attend. (I’m thrilled that my homeschooled youngest daughter opted for a vocational program instead of college.)

Here are just a few examples of Radical Left teachers influencing the next generation.

If you wonder why we’re divided, look no further. This is only a handful of incidents that decry white people, promote Communism, and support violent resistance. 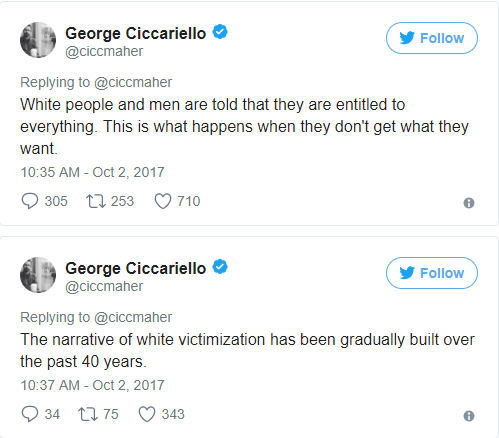 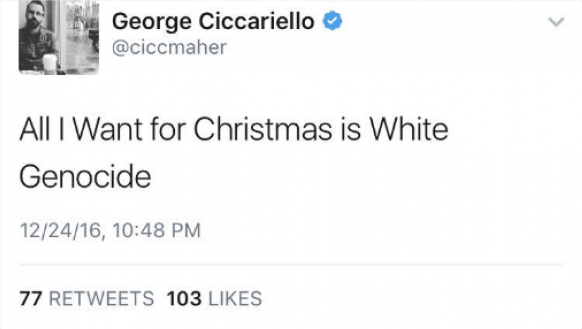 He also posted this Tweet, which finally cost him his job.

His account is awash with violent rhetoric, although he himself isn’t violent “if for no other reason than I’m rather slight of frame,” he said with a chuckle.  “I’m not so good in a fight.” (source) 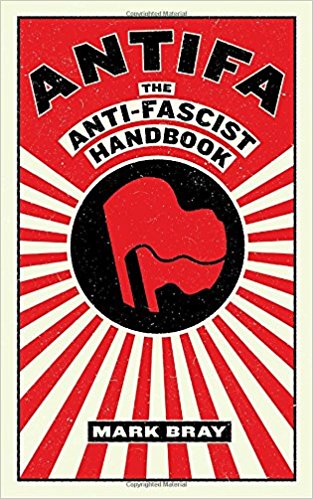 The President of Dartmouth repudiated Bray in a statement saying he was “supporting violent protest.” He continued, “As an institution, we condemn anything but civil discourse in the exchange of ideas. The endorsement of violence in any form is contrary to Dartmouth values.” (source)  But Bray’s colleagues were livid and a hundred of them signed a petition asking the president to retract his statement. Doesn’t this just underline how many other professors feel the same way?

Why are these people in leadership positions in our education system, influencing young people with their hatred? There is a Radical Left in America, and it is represented in our colleges and universities. How long will it be before Conservative or Libertarian kids can’t even safely attend a university?

It’s incredibly naive to think this won’t boil over.

While there are plenty of people who are left-leaning and dislike President Trump who would never dream of behaving violently toward their neighbors. we can’t use those examples to deny what’s actually happening. There are factions out there who want nothing more than to further destabilize America and force their radical beliefs on everyone in the most militant way possible. Undercover recording after undercover recording has disclosed the plans and the methods that are being discussed, but the mainstream, in their blind hatred of Trump, is glossing over all of it.

The Radical Left has shut down parades with their threats, violently attacked Trump supporters or those whom they believe to be conservative, boasted of “righteous beatings,” and have blatantly plotted sedition with no fear of reprisal. Militant groups believe they should be able to “expropriate” the property of those with whom they disagree and distribute it to others. They no longer want free speech at all if the opinion expressed isn’t straight out of the Politically Correct Opinion Handbook and they’ll silence it by any means necessary.

As I have written before, the laws of physics apply here just like they do in the rest of the natural world. For every action, there is an equal and opposite reaction. Even those who have no wish to fight may one day be placed in situations when they must defend themselves. If you become a target, the attack will be relentless and will only be stopped if you persevere.

At some point, government crackdowns will begin. We could be looking at martial law to quell the violence and tanks rolling through our streets. If things continue to escalate with this so-called “justifiable violence,” we’re going to be facing the ugliest time in American history. as violence begets further violence.