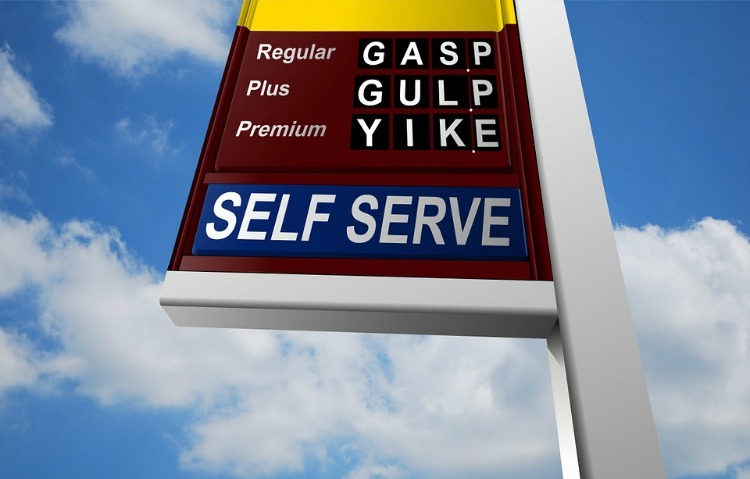 Global economy and geopolitics are underpinning the oil price surge and gas prices are going up.

Who recalls the oil embargo of 1973?  That was when the Arab-dominated Organization of Petroleum Exporting Countries (OPEC) announced they were cutting oil exports to the United States and other countries that provided military aid to Israel during the Yom Kippur War of October 1973.

In six months’ time, gas prices had quadrupled.  Prices remained higher even after the embargo ended in March 1974.

But that could never happen again…Or could it?

Let’s look at some of the OPEC members and their current interactions with their friends, frenemies, foes, other random players, and the resultant alliances.

For weeks, tensions have been rising between Iran and Israel, It began in February when, according to Israel, an armed Iranian drone originating from Syria penetrated the Israeli airspace. Israel downed the drone, then attacked the caravan which launched the drone from the T-4 airbase deep in Syrian territory.  An Israeli F-16 jet was brought down by a Syrian missile while over Israeli territory.   At this point, Israel launched an extensive retaliatory strike on Syrian air defenses and Iranian forces in Syria.  This all occurred in one day. It was remarkable because no Israeli plane had been brought down since 1982.

Two months later. seven Iranian Revolutionary Guard Corps were killed in an airstrike on a Syrian air base, which Iran blamed as being done by Israel.  Mutual threats of retaliation have since been issued by both Iran and Israel.  Ultimately the conflict between the two countries depends on the fate of the nuclear deal.  On May 12th Trump is anticipated to issue his decision on the deal.

Meanwhile, Iran is dealing with numerous internal issues. To name a few: a struggling economy, the worst drought in 25 years, increasing civil discontent, public demonstrations, and labor strikes.  Last week Iranian President Hassan Rohani banned money exchangers from selling U.S. dollars and Euros.  Travelers to nearby countries are limited to purchasing just 500 Euros ($615), while those traveling to more distant countries are limited to purchasing 1,000 Euros.  Iranians may not hold more than 10,000 USD or 10,000 Euros.

In Israel, longstanding anti-Netanyahu demonstrations against government corruption have gained in size and sentiment. Saturday’s march in Tel Aviv numbered upwards of 4,000 people. Other more recently organized demonstrations, arranged by the Hadash party and composed of Arab Israelis, protested U.S. strikes on Syrian outside the U.S. Consulate in Haifa this weekend.

“Venezuela, which holds the world’s largest oil reserves, has seen a steady decline in production amid lack of money for maintenance and exploration. Venezuela imports about 2 million barrels of heavy naphtha per month, and all of it comes from U.S. Gulf refiners, according to data compiled by Bloomberg.  The U.S. is leaning toward imposing oil-sector sanctions on Venezuela before the country holds April 22 elections that opposition leaders have vowed to boycott, according to a senior State Department official.  The official, who asked not to be identified discussing private talks, stressed that no decision has been made and the U.S. is still weighing the impact such sanctions would have on ordinary Venezuelans as well as on U.S. refiners that import heavy Venezuelan crude.”  (source)

A fire on the Libyan oil pipeline has dramatically reduced their output. Libya suffered a major fire on its major export pipeline that was attributed to terrorist activities this past weekend reducing their oil production from 300,000 barrels per day by at least 80,000 barrels per day.  It is unknown how long it will take to make the necessary repairs.

Here’s the conclusion reached by OPEC.

OPEC has been meeting this last week and Reuters reported that a Joint Technical Committee meeting held Thursday found that the glut of global oil supplies has been virtually eliminated, citing two sources familiar with the matter.

“Industry sources have linked this shift in Saudi Arabia’s stance to its desire to support the valuation of state oil company Aramco ahead of the kingdom’s planned sale of a minority stake in an initial public offering.

The supply cut has helped boost oil prices this year to $73 a barrel, the highest since November 2014. Oil began a slide from above $100 – a price that Saudi Arabia endorsed in 2012 – in mid-2014 when growing supply from rival sources such as U.S. shale began to swamp the market.  But the kingdom wants the rally to go further. Two industry sources said a desired crude price of $80 or even $100 was circulated by senior Saudi officials in closed-door briefings in recent weeks.” (source)

Some OPEC nations and their allies have pushed for the extension of the output curbs beyond  2018 and up to the middle of  2019, Iraq’s Oil Minister Jabbar al-Luaibi said last month in Baghdad.  (source)

But things are going well for Russia, China, and Qatar.

Bilateral relations between Russia and Qatar have been blossoming lately.  This is very likely related to the blockade imposed by Qatar’s Arab neighbors.  Saudi Arabia, the United Arab Emirates, Bahrain, and Egypt, who collectively imposed a unilateral blockade on Qatar on June 5, cutting diplomatic ties and closing their land, air, and sea borders over Qatar’s alleged support for terrorism.

In response to the blockade, Qatar, the world’s top producer of Liquefied Natural Gas (LNG), diversified and expanded their opportunities and opened the door to tens of billions in income by selling LNG to China. They are planning on increasing production by 30% by 2024 to meet the demand of the Asian market.  China has stepped up to do more business with tiny Qatar in other areas as well. (source)

Old alliances are dissolving and new ones are being created

Plans are being made.  Are we just one more hurricane away from losing more of our domestic oil and gas production?  Are global geopolitical tensions where they were in the 1970’s?

No, not yet, but there isn’t a lot of margin for error as the world plays a risky game.

How much is gas in your state? Have you seen an increase in the price lately? Please share your thoughts in the comments below.