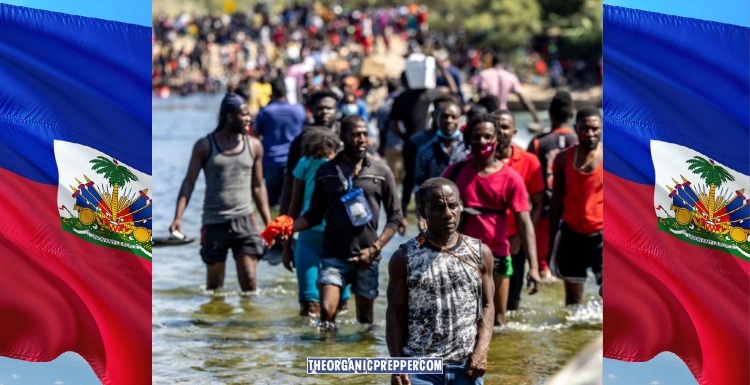 Usually, I don’t write much about politics, however, the Del Rio, Texas situation, with thousands of Haitian immigrants fleeing, caught my attention. I recognized some of those illegals as Peruvians and Venezuelans. As an inspection engineer trained to solve problems and recognize patterns, I want to offer my thoughts on why people migrate under such awful conditions.

#1: The environment no longer provides a means to live

Haiti became a collapsed society after the 2010 earthquake forced residents to relocate throughout Central and South America. Many residents chose never to return due to deteriorating conditions. An excellent reason to get out of Dodge, indeed. This article explains how changing government regulations and the reduction of job opportunities contributed to the second, more recent, northbound migration.

Once Haitians felt their opportunities were becoming limited, they quickly began to relocate. This was the beginning of a troubling pattern. As a Venezuelan who both left the country and bugged out for a period and then returned home again, I learned that resilience is a large part of preparedness. To endure whatever situations come along, you must be adequately prepared. (In my best moment in life, I thought we were more or less prepared for the worst possible scenario.)

Preparedness is not just keeping a stockpile of stuff. It’s about cultivating skills, too, along with mental training to resist stress and adverse circumstances. Without the necessary physical and mental preps, you may have no other choice than to change locations.

Of course, not all migrants are subject to the nightmares the Haitian immigrants attempting to flee into Del Rio are. For most, trading your home base for a country going through 60 years of violent conflicts is not exactly a wise choice. The better-prepared people are, the more choices become available to them. As an informed, self-educated man, staying put is not our worst option unless an immediate threat is heading our way.

#2: Lack of skills, competence, and qualifications

Other aspects of the pattern I mentioned are a lack of skills, competence, and qualifications. Usually, those with highly specialized skills, like nuclear engineers, scientists, and medical/biology researchers, will migrate simply for professional improvement, which is perfectly reasonable. Skilled migrants are often welcomed in other countries through legal means.

When living conditions start to deteriorate overall, the uneducated begin to flee as well. Many migrating Haitians do not have special skills or competence in any area and few qualifications. Literacy rates in Haiti are quite low.

This makes it incredibly difficult to live in an environment in severe crisis. In Venezuela, for instance, you don’t need a plumbing certificate to mess with someone’s pipes. It’s not like you can “sue” the plumber or the contractor. It doesn’t work like that here. Leaving that environment to go to a country where your skills become unmarketable makes little sense.

The news talked about the Venezuelan diaspora as “the most educated migration of the world” because thousands hold degrees. They fail to mention that many now work as cab drivers, in restaurants and hotels, or in other positions unrelated to their field of expertise. The pandemic restricted those jobs even more, pushing many to come back home to better utilize their skills.

The third part of the pattern is the absence of inheritance, which normally allows some backup to offer as collateral to reinvest in a business. Though not the norm, I currently see people selling farms, homes, cars, and everything in between so that they can move to Spain. Despite the risk of seizure, those wealthy enough have left behind a house to “assign” it to a “loyal socialist party member.” They ultimately may wish to return.

Many Haitians who migrated, trusting in “finding a better life,” had nothing to lose. Many young people left their older parents or relatives with the promise to send money. People without patrimony, who feel “society” owes them something, are most unlikely to return to their original country.

Few Haitian immigrants have an inheritance to take care of back in their country.

As preppers, we know that it is important to continue becoming self-reliant, despite crumbling conditions.

For example, I’m witness to the story of a single lady over 60 years old, who wakes up at 5 am every day, jumps in her F350 truck, and drives 30 km to take care of her tobacco farm. She has no relatives or husband to support her and is in a harsh environment. ALL of the tobacco farmers in this region are males. She’s earned well-deserved respect.

She has double nationality, which makes her suited for Spain Social Security Pension. She could flee to Spain. And yet, she has spent two years working in this demanding environment, where even Sunday mornings are for refilling the propane gas bottles in her truck to drive back and forth. All of this indicates that she has a solid motivation to take care of her inheritance. She will find a way to thrive through hard work and determination rather than give up and move away because of the challenges she faces.

As chaos continues to break out across the planet, there are lessons we can learn from the flood of undocumented Haitian immigrants at our borders. Every time we can increase our resources, skill set, or mental resilience, we fortify our ability to remain in our familiar surroundings, despite the changes that may occur along the way.

What steps have you taken to ensure your ability to thrive during adversity? Let’s talk about it in the comments.

Jose is an upper middle class professional. He is a former worker of the oil state company with a Bachelor’s degree from one of the best national Universities. He has an old but in good shape SUV, a good 150 square meters house in a nice neighborhood, in a small but (formerly) prosperous city with two middle size malls. Jose is a prepper and shares his eyewitness accounts and survival stories from the collapse of his beloved Venezuela. Jose and his younger kid are currently back in Venezuela, after the intention of setting up a new life in another country didn’t  go well. The SARSCOV2 re-shaped the labor market and South American economy so he decided to go back to his own land, surrounded by family, friends and acquaintances, and try again.