Everything We Need to Know About Survival, We Can Learn from a Missing Cat 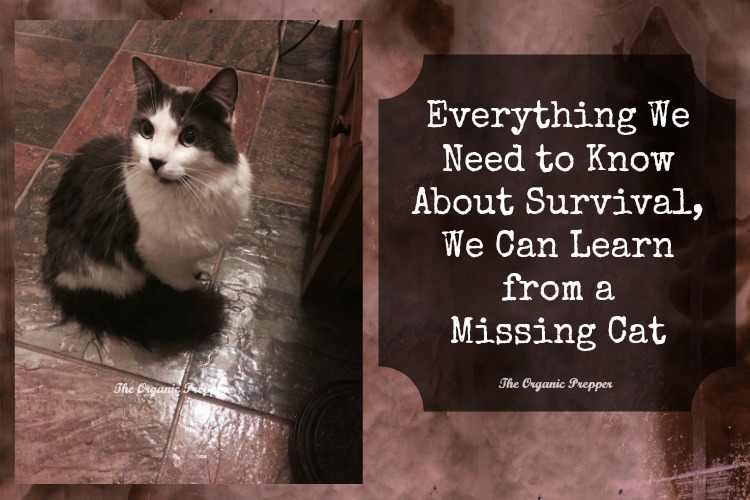 Remember how I told you that the day we moved, our beloved kitty escaped out a window into the forest and our missing cat was never heard from again?

Our lost cat is now HOME!

How the Misadventure Began 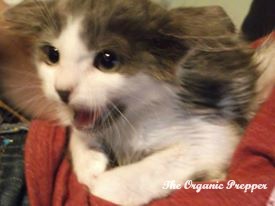 Sylvester has always been a skittish cat. We got him when he was just a few weeks old, after some horrid person had tossed him and his sibling into a trash can to be picked up on garbage day. He was starving and scrawny, and my daughter fell madly in love with him, setting her alarm to bottle feed him in the middle of the night.

I guess you could say, he’s always been a survivor.  Soon, he had become healthy and basically took over like a little 2-pound purring dictator. 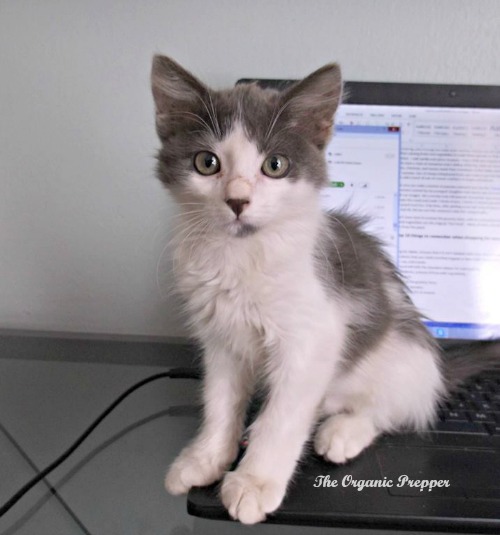 Fast forward to a year and a half later. Sylvester was a big, beautiful, luxurious house cat and the adored companion of my teenage daughter. His hobbies were jumping on our elderly cat, swatting the dogs tail, and scratching things he wasn’t supposed to scratch.

Then, just over a month ago, we moved to our new home on the edges of a national forest. I brought the cats and dogs over myself, in the back of my Jeep. I put the cats into the bathroom and shut the door. But what I should have done was shut the windows, because unbeknownst to me, the screen on one of them was not in properly.

When we went in later to bathe the cats because of an unfortunate incident during the car ride, Sylvester was gone.

We searched frantically, long after dark, calling him, shaking treat containers, opening cans of cat food. It was all to no avail. Our cat, who had never been outside at all, was lost in the deep dark forest.

Over the next few days, we did all the things you’re supposed to do according to the experts when you have a missing cat. We put up lost kitty ads, we canvassed the neighbors, we put his litter box and some personal items outside hoping he’d find his way home.

He never did. After a couple of weeks went by, we were pretty sure that something had eaten him. There is quite frequently evidence of bears and mountain lions in the forest around our property, and he would have been a big, tasty meal for them. My poor daughter was broken-hearted.

The Return of Our Missing Cat

A couple of days ago I was walking out the front door to water the herb garden when I startled a cat on the upper patio. It took off before I could do anything more than stand there with my mouth open but I was pretty sure it was our missing cat. After all, how many fluffy gray and white kitties could there possibly be in the forest? Was this going to be one of those nearly unbelievable stories of lost pets that miraculously make it home?

We went out and called for him to no avail, but I put out a dish of food and water on the patio. The next morning it was gone, but of course, we had no way of knowing if it was eaten by the kitty or something else.

The vet here in town lends out live traps in certain situations, so we picked one up the following afternoon. Within an hour of putting in the stinkiest cat food I could find, we heard a rattling. As we sat there and watched, hardly daring to move, a skittish, skinny kitty suspiciously sniffed all around the trap. Finally, the hunger was too much for him and he went in and ….

We have our cat back!

He was frantic when we caught him, absolutely terrified, and it took him a few minutes to recognize us. We carried the trap into the house and went into the bathroom with it so we could release him in a controlled area. After about 15 minutes of hand feeding little bites of kitty kibble, he was back with his mama. 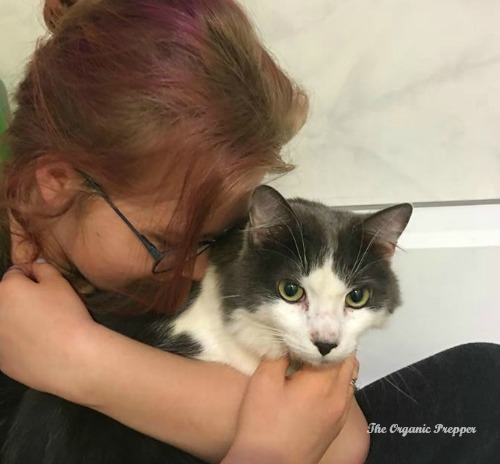 He’s headed to the vet today for a check-up, but here’s our initial assessment.

I was really glad to have a veterinary guide on hand to aid us in checking him out. This saved us a very expensive trip to the emergency vet in the middle of the night.

But holy cow. I can’t believe our pampered house pet survived in the forest for this long.

It really got me thinking about how unprepared most of us would be to survive in the forest alone for a month. You know, Sylvester didn’t pack a bug-out bag before his journey. He didn’t have food stored or a canteen of water or a firestarter. He only had the weapons nature provided him: his claws, his agility, and his speed.

Maybe the lessons from Sylvester aren’t absolutely everything you need to know about survival, but he covered the basics – you just have to fill in the skills to achieve those basics.

The main lessons are these.

Here’s our boy’s before and after picture. Poor fellow sure is happy to be home. I’ll add an update after we see the vet! 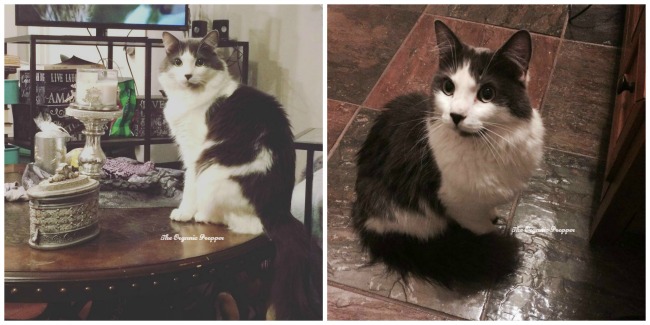 The lump on his belly isn’t a hernia. It’s an abscess. He was running a fever due to the infection. He lost more than half of his body weight and is malnourished. His paw isn’t infected, thankfully. He’s still badly infested with ticks to the point that we had to use a chemical treatment. He’s on antibiotics and we’ll be taking him in to have the abscess checked again tomorrow.