E. Coli, Flesh-Eating Bacteria, Poop: THESE Are the Dirtiest Beaches in America 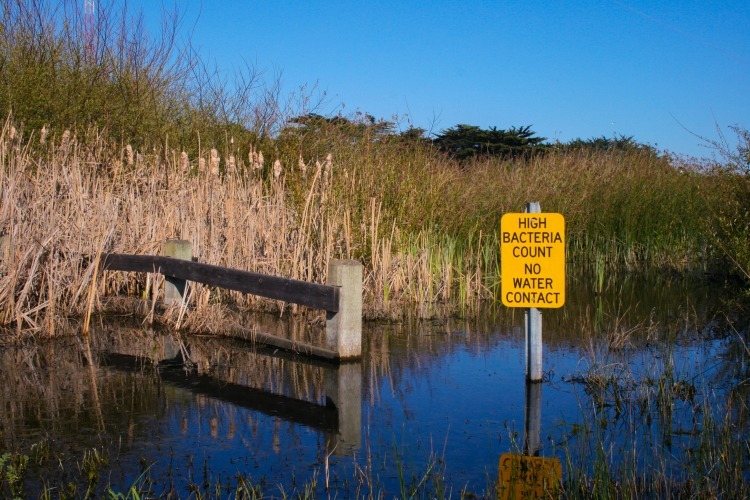 Are you planning to take your family to the beach this summer?

If so, you might want to know the dirty details of a recently published study.

I don’t mean to be a party pooper (sorry, had to), but as beautiful as many of the beaches in the US are, there’s some ugly stuff lying beneath the surface.

Many beaches in America are contaminated with dangerous bacteria.

The study conducted by the Environment America Research and Policy Center, found that the water at beaches in 29 coastal and Great Lakes states contained concentrations of bacteria well in excess of Environmental Protection Agency (EPA) standards – including the harmful organisms that inhabit human feces – which they said could sicken millions of beachgoers annually.

“It’s hard to believe that 47 years after we passed the Clean Water Act that we are still concerned with poop in the water when people want to go swimming,” John Rumpler, clean water program director for the center, told USA Today.

“In recent years millions of Americans have been sickened by swimming in contaminated water,” the report states.

An analysis of bacteria sampling data from beaches in 29 coastal and Great Lakes states, and Puerto Rico reveals that 2,620 beach sites — more than half of all sites tested — were potentially unsafe for swimming on at least one day in 2018, and 605 sites were potentially unsafe at least 25 percent of the days that sampling took place. Sites were considered potentially unsafe if bacteria levels exceeded the U.S. Environmental Protection Agency’s most protective “Beach Action Value” threshold, the level at which the agency estimates 32 out of 1,000 swimmers will get sick from swimming in these waters. (source)

Each year in the US, swimmers suffer from an estimated 57 million cases of recreational waterborne illness.

Bacteria levels fluctuate and can significantly increase on certain days.

Most days of the year, beaches are safe, but researchers found bacteria counts can spike on certain days. Fecal matter from people or animals is the chief culprit (I know, ewww). It finds its way into our waterways when sewers overflow or when fecal waste from industrial-scale livestock operations (or on streets) washes into streams or creeks that flow to lakes or the ocean.

More than half of the thousands of beach sites sampled for bacteria across the country were potentially unsafe for swimming on at least one day in 2018, the study found.

Some beaches fared much worse than others.

Here are a few examples from the report:

There are several types of bacteria that infect natural bodies of water.

The number of flesh-eating bacteria cases (necrotizing fasciitis) is rising in the US. “The serious infection can be caused by numerous strains of bugs — almost 30 — that can be found in all kinds of environments, including saltwater (Vibrio vulnificus), freshwater (Aeromonas hydrophila) and simply on your skin (group A Streptococcus),” the New York Post recently reported.

According to the CDC, the bacteria most often enter the body when a person swims in bacteria-infested waters while they have a break in the skin, including:

However, people can also get necrotizing fasciitis after an injury that does not break the skin (blunt trauma).

Symptoms can be confusing and can develop rapidly. Early symptoms include:

See a doctor right away if you have these symptoms after an injury or surgery, the CDC emphasizes.

Even though minor illnesses can cause symptoms like these, people should not delay getting medical care.

Later symptoms of necrotizing fasciitis can include:

Necrotizing fasciitis is a very serious illness that requires care in a hospital. Antibiotics and surgery are typically the first lines of defense if a doctor suspects a patient has necrotizing fasciitis. Sometimes infection results in amputation, unfortunately.

Necrotizing fasciitis can lead to sepsis, shock, and organ failure. It can also result in life-long complications from loss of limbs or severe scarring due to surgically removing infected tissue. Even with treatment, up to 1 in 3 people with necrotizing fasciitis die from the infection. Six out of every 10 people who get both necrotizing fasciitis and streptococcal toxic shock syndrome at the same time die from their infections. Streptococcal toxic shock syndrome is another very serious illness caused by group A strep. It causes the body to go into shock and involves low blood pressure and multiple organ failure. (source)

If you have an open wound or skin infection, avoid spending time in the water. This includes hot tubs, swimming pools, and natural bodies of water.

Common sense and good wound care are the best ways to prevent a bacterial skin infection, the CDC explains:

Are you planning to spend time at the beach this summer? Are you concerned about bacteria? Are there things you do to avoid infection? Please share your thoughts in the comments. Be safe!