Daily Life in Venezuela Is Like a Post-Apocalyptic TV Show 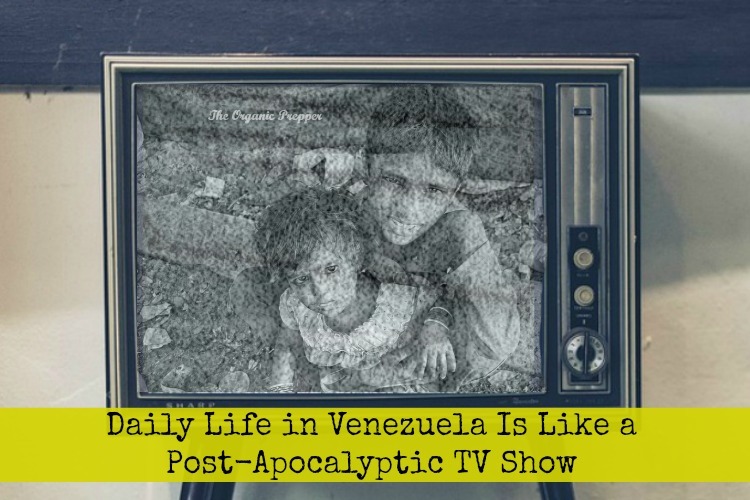 I want to share some insights that have been bouncing inside my head these last few weeks about the situation in Venezuela.

I am not particularly fond of TV shows, to be honest. I have plenty of things to do these days to make the ends meet in a new country: writing, consulting, private math/English lectures, and generally getting my daily income. But from time to time, I like to watch some of the recent post-apocalyptic stories. There is a lot we can learn from the imagination of those writers.

Lately, I have come to discover that the worst case scenarios they depict sometimes have been a pale picture of the reality I have witnessed. It is one thing to see stinking zombies trying to grab the heroes in the screen, and a very different one to watch a human being, skinny and smelly, rip open a garbage bag while his or her kids desperately look inside. Tell me about reality shocks.

In the following article, I would like to describe a little about how the worst of people can come out. In any moment the situation is going to become some kind of dog-eat-dog street fighting. I can feel that in my guts. The military personnel is trafficking food (and almost everything traffickable) at unbelievable levels. But that is a topic for an entire article itself. (I promise I will work on that sometime soon.)

I watched a popular zombie series some days ago, where the survivors had to buy water, food, and all kind of supplies from a huge warehouse controlled by gangs.

If you believe this is a fictional scenario, think twice, please, would you? I really ask you to do this.

This is exactly what you have to expect in case things go really bad.

Why do I mention this? Because we are experiencing this right now in Venezuela.

If you don´t believe it, just with a little search and translator usage, your expectations and perspective will change a lot. And that is quite satisfactory for me. My intention is to spread everything that is happening in my country, so the rest of the world can learn about that, and those preppers like you and me can have the needed insight and approach to improve their prepping.

In our place, this is not so openly done. After all, we don´t have zombies in the streets…yet. But we do have lots of starving people, which is even worse. You can not disguise yourself with rotten entrails and walk away from them.

Almost every decent supplies warehouse is heavily guarded by the military personnel, mostly NGs. The colectivos gangsters and similar mafias resupply there and then exploit to the people their hard earned money to the retailers. This is happening, and it is one of the causes of such devastating starvation.

People can not do anything against this, mainly because this two things: one, they do not have weapons (not enough, at least), and two, they are way too afraid to storm the warehouse. Most of the people able to do this live in the barrios nearby the warehouses. It has been done sometimes, though. The trucks are much easier targets, and the drivers are usually unarmed. A few days ago a batch of 28 tons of dry goods, mainly rice and pasta, was confiscated in Colombia. They went through the border, “guarded” by the military. No surprises there. And this happens once and again. No wonder our shelves are empty: these goods are sold IN DOLLARS in Colombia, by the military mafia.

Those with the guns, the organization, and the discipline are the ones who are going to control the entire economy in a collapse.

Just like we are suffering. Of course, granted that the people are weakened and unarmed….if you believed that the African warlords were bad, just wait to know some of our walking medal exhibitors.

One of my main criticisms regarding this is that there is an entirely improper approach to self-sustaining life. With some space, people could have some chickens and a rooster. With some security measures, robbers won´t be able to get them. Fruits and vegetables could be cultivated the entire year, but most of the people do not do it because of their neighbors. It is not an easy situation to just start to grow what you need, and despite my own mindset about prepping, I can understand that.

The emotional state of the people in the streets is hopeless. Impotence and sadness are all over the place.

A friend of ours came from another South American country she migrated to. She sold some foreign currency, which is a lot of money, and invited her mother to eat some fried chicken at a popular fast food chain restaurant. Outside of the glass windows, there were 3 families watching them eating. One of the men came inside, and very politely (Venezuelans are polite, most of us, indeed, usually no matter under what circumstances) asked her if she could give them the remains of their lunch. When they were about to finish, they made a gesture to the man, he came inside and took the rest of the food inside a plastic bag, and left.

This is now something increasingly common. The only people I saw doing this was in Caracas, in the early 90s, must of them homeless punk junkies. It was fashionable those years, I learned later.

It is unbelievable to read that some parents have taken their kids deeply malnourished to the hospital, and the authorities have prosecuted them for cruelty, bad parenting and infant murder attempt. This is the way our “government” behaves. Most of the kids who have died of starvation have been recorded as deceased from other causes, like beatings, mistreatment, and criminal parental negligence. Their parents are threatened with prosecution and jail if they file a complaint with the police.

The present situation is without any doubt a crisis being weaponized.

The targets are the most vulnerable population: children, elders, and sick people. The motives? As dark as this sounds, to keep the ashes of whatever remains under control. The constituent of the fraudulent Assembly, who is also in charge of the jails of the country (go figure!!), Iris Varela has been explicit: “Even though Venezuela be reduced to ashes, we won´t leave the government”. How someone can think this way is unexplainable for people who have not lost their minds. Unless, of course, they have committed lots of illegal actions (obvious to the entire world community) and they are willing to hunker down in the ruins of a country. Yes, I remember Saddam too. You are right.

These thugs deserve the same big finale. Eventually, the magnitude of the collapse will be so big that even their bodyguards will get out of dodge, same as the NGs, police, boy scouts, and everyone with a uniform. That is, if they don´t execute them first.

This is heading to a Romanian collapse, Ceacescu-style. JMy wife told me she was seriously thinking about getting the kid out of the school, lecturing at home while we collect the money for the tickets. We hired a neighboring lady with a school “shuttle”, she makes the ends meet taking kids to school and back in her old little car. She has run out of tires, and can´t afford new ones. School is nearby, but the danger of walking is too great with the colectivos gangs. There is a lot of crime and she just does not want to risk herself or the kid, which is fine by me. She found another shuttle but the driver told her already that someday in the next two months he will have to bring the service to a halt.  Lots of parents have stopped sending their kids to school. In the poorest barrios, this has been happening for years. But in the middle class it is starting to happen: when the kids have not been able to eat properly, they do not send them. They can not send them outside the home without being properly fed.

Our next generation is a starving one. This is serious for the future of the country. Until those toting the big guns take it seriously, perhaps nothing will be done, until things get completely out of control in a Ruandan fantasy. In that moment, the streets won´t be a good place to be.

In the next article, the information will be more structured and complete. This is a summary of some outstanding events of this last few days, and a very general overview.

In this NY Times article you may find some additional information: As Venezuela Collapses, Children Are Dying of Hunger

I am pleased to write this for you and improve your knowledge about collapse management.