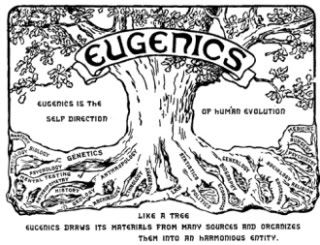 The world as we once knew it is gone.  The rosy cheeked children, bursting with energy, that once climbed trees and got up to mischief, are extinct.  The people are still here, but they are pale, lethargic and slowly dying.

Every bite of food provided to these people is the product of a laboratory – the genetically modified spawn of Big Agri and Big Pharma.  The food looks incredible – huge, radiant tomatoes such a vivid red that one would think the lycopene was virtually emanating from the skin of the fruit.  Inside that appealing package is a food-like substance, utterly raped of nutrients.
The people are unable to go to a health-food store and purchase vitamins or an herbal tonic to put the spring back in their step.  Herbs, vitamins and nutrients in general have been labeled “toxins” and are only available via prescription at high prices and low doses.
If the people are caught hoarding treasured fertile heirloom seeds, and heaven forbid, planting them to grow their own food, punishment is swift and sure. The bounty is taken and the people starve again.
Amidst the abundance of burgeoning supermarket shelves, the majority of the world’s population is slowly starving to death.

The world according to Codex Alimentarius looks grim indeed.  Codex Alimentarius (Latin for “food code”) is a global set of standards created by the CA Commission, a body established by a branch or the United Nations back in 1963.

The CA Commission’s purported mission, like all Agenda 21 missions, sounds so wonderful that it might have been created by a committee from heaven above.

Don’t you wonder what could possibly be wrong with that? The UN wants us to be healthy and wants everyone to be paid fairly.  Codex Alimentarius sounds great!  Let’s institute these standards right away!

As with all globally stated agendas, however, CA’s darker purpose is shielded by the feel-good words.

Global committees have been established to regulate the following topics, to name a few.

The unfortunate thing is, the regulations ensure money, not safety. They guarantee profit, not health benefits.

“Codex Alimentarius is a dark marriage between pharmaceutical and chemical industries and the WTO, conceived to exact complete and regimented control over all food products and nutrients worldwide.” ~ writes Chantal Boccaccio of The People’s Voice.

So if all of these regulations don’t benefit the consumers, who do they benefit?  Dr. Rima Laibow, of Health Freedom USA estimated that for every dollar spent on natural health solutions and supplements, Big Pharma loses $40.  Therefore, if people have the option to chose vitamins over valium, Big Pharma loses billions per year.

Food processors benefit.  CA requires food to be irradiated, a low cost (and nutrient-destroying) practice to require lower standards of hygiene and sanitation.

Big Pharma benefits.  CA mandates that nutrients be classified as drugs; therefore the purchase of vitamins will eventually require a prescription. Prescription drugs, of course, are monitored by the FDA, which means only the Big Pharma companies will be able to manufacture and supply them.

Maybe, then, the United States should just refuse to take part in CA.  That’s not going to happen, because all members of the World Trade Organization are legally bound under global guidelines, including CA standards.  CA standards override all national laws.  Lack of compliance to these standards may result in fines and/or crippling trade sanctions.  If a country wants to play the global trading game, that country has no option whatsoever but to comply with CA.  Those who do not comply automatically forfeit the judgment in any global trade dispute regarding food or nutrients.

In 2010, during the distraction of the BP Oil Spill, Barack Obama signed an Executive Order (#13544) to implement CA in the US over the course of the next few years.  More akin to a royal decree than a constitutionally acceptable legislation, Obama proved his arrogance once again: he does NOT require the approval of Congress to make sweeping legislations.

In the United States, the FDA is in charge of implementing the standards. Over the next two years, with the Food Safety Modernization Act, they will be doing just that.  According to a Natural News article by Dr. Gregory D’Amato, these irrevocable standards are on their way of being implemented to allow the US to “harmonize” with Codex.

We’ve already seen incidences of health food stores being raided as though they were selling crystal meth instead of Vitamin C and organic vegetables.  Family farms are being driven out of business because they can’t afford to keep up with the ever-increasing regulations.  Natural healers have been criminalized throughout Europe, and that criminalization is on its way to North American shores.

If it was only about the almighty dollar and the building of monopolies, one could almost comprehend the corporate greed behind Codex Alimentarius.  The plot is more sinister than even greed could create.

Codex Alimentarius, quite simply, is an instrument of depopulation and control.

Many prominent eugenicists, such as Bill Gates and David Rockefeller have openly promoted depopulation as a positive goal for the future. Sickly people die off at a faster rate, dropping health care costs.  Dwindling populations consume fewer resources and leaving more for the Elite.

Morally, this soft kill approach is more palatable than outright attacks, like the release of viruses.  There is the risk that biological attacks could also affect the Elite. Military attacks, like nuclear war, could have a devastating effect on the environment, which would also negatively affect the elite. Subtly starving the masses, without them even realizing it, is the simplest method, and also the least likely to harm the NWO puppet masters that are in control of the United Nations.

As the attack on the world’s people becomes more obvious, the decision makers also risk being the victims of violent revolution.  Codex also helps to cover that aspect.  If people are malnourished, they are unable to resist tyranny with the same enthusiasm as a healthy population.  They are also far more susceptible to disease, should biological warfare be one day in the best interests of the Elite.

It’s win-win, if you happen to be a member of the Elite.  The outcome doesn’t look so great for the rest of us.

Henry Kissinger, the eugenicist poster child for the NWO, said it best.

Codex Alimentarius: Population Control Under the Guise of Consumer Protection