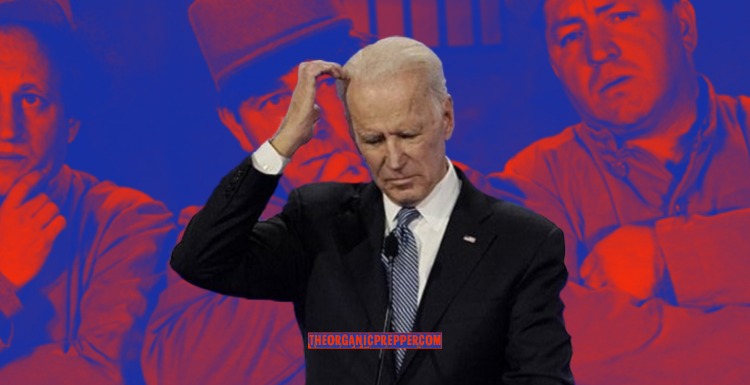 Currently, there’s a lot of confusion about the Biden Administration’s “Climate Goals.” MSM outlets are not clear in their reporting on what Biden said vs. what Biden will do versus what Malthusian anti-progress activists want him to do.

We assure you that MSM is not telling you the truth, but we are!

It appears the Biden administration is attempting to be the least transparent administration in American history. What Biden is actually planning with regard to his Climate Goals to do has yet to be specified.

The first article written about the issue came from the Daily Mail, which included Biden’s statement. Then an explanation (albeit a poorly crafted segue into that explanation). Said explanation from The Daily Mail  was an example of what “experts” suggest will be necessary to meet Biden’s climate goals.

Naturally, CNN, Snopes, and all the other gatekeepers (um, fact checkers) rushed in to point out the Daily Mail was engaging in shoddy journalism. Stating Biden said none of those things and Biden’s plan would create jobs, save the planet, end world hunger, and save all the puppies.

So, what did the President announce?

At his Climate Summit, Biden announced: “a new target for the United States to achieve a 50-52 percent reduction from 2005 levels in economy-wide net greenhouse gas pollution in 2030.”

He stated that the plan would set the U.S. on a path to zero carbon emissions by no later than 2050, arguing that it would also create jobs and boost the economy.

However, Biden did not release any firm details on how his plan will affect the average American. Such a sweeping plan could involve dramatic changes in how Americans live their daily lives.

And, what did Biden say at the Virtual Leaders Summit?

Here’s what he told the world.

Yesterday, I announced the United States made a new commitment, under the Paris Agreement, to cut our emissions by 50 to 52 percent by the end of this decade.  And we’ll get there by investing in American workers, American jobs, American infrastructure, and building a stronger and more resilient economy.

We also welcome ambitious targets announced this week by two great partners.  My good friend, the Prime Minister of Japan, Prime Minister Suga, announced that Japan will cut emissions by up to 60 — excuse me — 50 percent below the 2013 levels, almost doubling their current target.

Prime Minister Trudeau, another good friend, from Canada, will reduce emissions by as much as 45 percent below the 2005 levels.

These announcements came on top of a demonstrated leadership and strong existing targets set by the European Union and the United Kingdom.  And together, these commitments mean that half of the world’s economy is now committed to — to pace the action that we need to — at a pace we need to limit warming to 1.5 degrees — an amount beyond which scientists tell us — have said 1,000 times — all of us could be at a point of no return.

We have to change what, by when to meet Joe’s Climate Goals?

The Daily Mail decided to look to the “experts” and “scientists” Biden and the Malthusian left are always so fond of following. Which led them to studies such as the one from the University of Michigan’s Center For Sustainable Systems, entitled “Implications of Future U.S. Diet Scenarios On Greenhouse Gas Emissions.“

As the Daily Mail summarizes, to reach Biden’s goals, Americans have to make the following changes by 2030:

Interestingly, The Daily Mail is considered a tabloid, but often their coverage on American politics is more thorough and unbiased than our own mainstream.

Wait! There is MORE Americans have to do to reach Biden’s Climate Goals!

Using information published by the University of Maryland’s School of Public Policy regarding the transportation section of Biden’s plan, the Daily Mail writes:

More than half of new cars bought in the United States would need to be electric within the next decade, studies show.

The average cost of a new electric vehicle is about $55,000.

The Daily Mail also pointed out that, to reach Biden’s goals, around 25% of homes would need to be heated by electricity rather than natural gas or oil. According to figures from HomeAdvisor, the average cost to install an electric heat pump is around $5,613.

Bjorn Lomborg, a visiting fellow at Stanford University, told the OC Register that the plan would likely cost taxpayers about $3,500 per year.

Read the White House announcement for yourself

Today, President Biden will announce a new target for the United States to achieve a 50-52 percent reduction from 2005 levels in economy-wide net greenhouse gas pollution in 2030 – building on progress to-date and by positioning American workers and industry to tackle the climate crisis.

The announcement – made during the Leaders Summit on Climate that President Biden is holding to challenge the world on increased ambition in combatting climate change – is part of the President’s focus on building back better in a way that will create millions of good-paying, union jobs, ensure economic competitiveness, advance environmental justice, and improve the health and security of communities across America.

On Day One, President Biden fulfilled his promise to rejoin the Paris Agreement and set a course for the United States to tackle the climate crisis at home and abroad, reaching net zero emissions economy-wide by no later than 2050. As part of re-entering the Paris Agreement, he also launched a whole-of-government process, organized through his National Climate Task Force, to establish this new 2030 emissions target – known as the “nationally determined contribution” or “NDC,” a formal submission to the United Nations Framework Convention on Climate Change (UNFCCC). Today’s announcement is the product of this government-wide assessment of how to make the most of the opportunity combatting climate change presents.

Now, you (kind of ) know what Biden said. Right?

So there you have it. Biden did not openly state Americans will no longer be able to:

However, Biden’s plan he is proposing to implement will have those consequences. And that plan will herd the bulk of humanity into the gates of the Great Reset. All in the name of unproven, disproven, and hysterical claims regarding alleged shifts in climate.

What do you think about the changes Biden hopes to implement? Do you think he will be able to pass these measures? How do you intend to combat measures that you feel infringe on your personal choices? Let’s talk about Biden’s Climate Goals in the comments.