What If…? 5 Unlikely Disasters & What You Should Know About Them 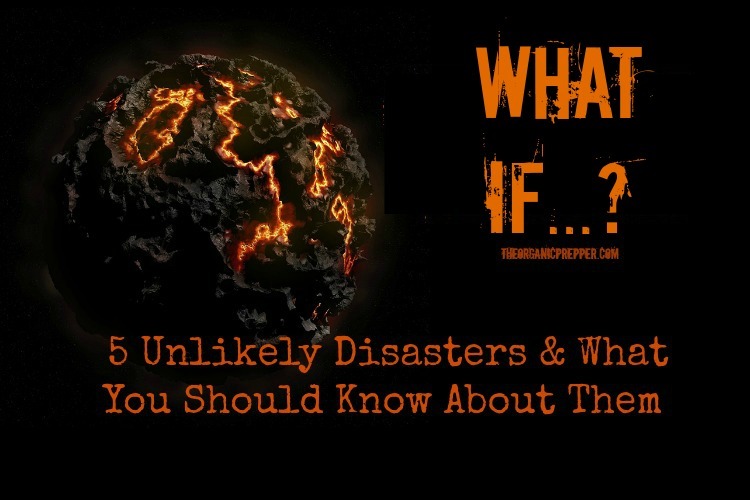 Statistically speaking, some events are rare or highly unlikely. (Thankfully!). But as any preppers worth their salt will tell you, there’s really no such thing as an impossible event. And science agrees – just check out David J. Hand’s The Improbability Principle: Why Coincidences, Miracles, and Rare Events Happen Every Day. It’s an article about how extremely improbable events actually happen all the time. Unfortunately, this also includes supposedly unlikely disasters.

These events shouldn’t be the focus of your preparedness. You should concentrate on things that have a greater chance of occuring.

But while it’s fairly improbable that you’ll be a victim of one of these events, what if you were? And if you were, knowing a little bit about them could possibly help you survive in some of these scenarios. After all, isn’t expecting the unexpected what preppers do?

Despite the currently tumultuous international political climate, modern wars and skirmishes tend to cover relatively small areas of the planet and are thus unlikely to result in nuclear warfare. At the same time, no one can really say whether or not it will ever happen, especially when we’re also engaged in problematic diplomatic relations with unstable, well-armed countries. (Iran, anyone?)

Another thing that needs to be considered is the fact that war isn’t the only path to a nuclear winter. A troubling report from The National Interest reveals that our country’s own nuclear weapons and facilities are not just old and outdated, but also very expensive to upgrade.  Any of these factors could lead to nuclear devastation in North America.

Popular Science magazine imagined a horrifying scenario in which 100 nuclear warheads the size of the bomb the US dropped on Hiroshima detonated over the Indian subcontinent in an India-Pakistan nuclear war:

The west coast of North America from northern California to Vancouver Island is what’s known as the Cascadia subduction zone. It’s where the floor of the Pacific Ocean is being pushed underneath the North American landmass. When the pressure finally gets released, it could result in The Big One, the continent-breaking quake that we all know is coming.

The biggest earthquake in the last 300 years of North American history would likely not just level buildings and take out utilities for an extended period of time, but could also cause a period of social and economic unrest. Survival would entail a combination of basic earthquake preparedness, hunting, and other outdoor skills, as well as a large stockpile to see you through until order was restored.

A Lightning Strike at Home

The BBC reports that the odds of being struck by lightning in the US are 700,000 to 1. But as we can attest to, it does happen, and sometimes, it can happen to your home – as one woman learned the hard way here at The Organic Prepper.

The best preventive defense would be to arm your home’s electrical system with the most powerful surge protectors you can get your hands on. They won’t protect everything from getting fried, but they can save some essential electrical equipment. In the unfortunate event that lightning does strike your home, have every nook and cranny of your building’s wiring checked for any damage. It’s the gift that keeps on giving, and you may find damage weeks or even months down the line. It pays to hold off on submitting that insurance claim right away.

Thankfully, statistics from Lottoland state that your odds of being in a plane crash are 1.2 million to 1. In fact, 2017 was both the busiest as well as the safest year in commercial airline history, with more flights being made than ever before and zero passenger plane crashes anywhere in the world.

Of course, this doesn’t necessarily mean that plane crashes will never happen again.

Before you go on any flight, review basic airline safety guidelines. Don’t ignore the on-flight safety instructions and give them a double check to make sure that you completely understand them. Bring extra clothes in your hand luggage or carry on a thick coat, just in case your summer vacation ends in a cold environment.

Unfortunately, with the advent of the TSA, you can’t bring most of the survival tools you’d want to have if you found yourself in an episode of Lost. But, there are a few things that Daisy recommends bringing in your carry-on baggage that you can get past airport security without any trouble.

Literally thousands of meteors careening at high speeds through space pass by without hitting Earth every year. The monitoring devices of NASA as well as other international space agencies can only do so much until one gets past their radars and hits us unexpectedly.

The results of a meteor strike are dependent on two things: where it strikes and how big the meteor is.

Since 71% of the earth is covered in water, the odds are high that the meteor would land there once it entered the earth’s atmosphere. We’re not out of the woods if this happens, because it could result in a catastrophic tsunami, although it isn’t the most likely consequence. This video shows what would happen if a meteor landed in the middle of the ocean:

If it were to strike land, it would be nothing less than disastrous.

The 2013 impact in Chelyabinsk, Russia, was the most destructive such strike in modern times. It may have only been about ten meters across, but its impact in an urban area caused millions of dollars worth of property damage and resulted in more than 1,500 documented injuries. A century earlier, the Tunguska event leveled over a thousand square kilometers of forest, exploding with an energy of between 5 and 10 MegaTons of TNT: similar to an atomic bomb. (source)

The second concern is the size of the meteor. A meteor of only 100 meters – not quite the length of a football field – could be utterly catastrophic.

The first thing that happens would be the fireball from the initial strike, which would span nearly four kilometers in diameter for an asteroid only 100 meters in size. (And that’s its size in space, not when it reaches the ground!) Next is the catastrophic effects of radiation: thermal, not nuclear. This won’t poison you, but will simply cook you, albeit more slowly than the fireball does, covering nearly double the area of the fireball. Buildings will be immediately leveled by the blast far beyond that, while extending more than twice as far out, structures will need to be demolished due to structural damage. And finally, extending out for approximately 40 kilometers in diameter, every human being will experience burns on their skin simply due to the heat emitted. All told, more than 2.5 million people would die if such an asteroid struck midtown Manhattan. (source)

This article has some simulations for other cities if they were hit by a meteor.

If a meteor 60 miles wide were to strike, it would exterminate all life on earth, regardless of where it hit.

Expecting the unexpected is at the heart of being a true prepper. While we may not be able to prevent certain “unlikely” disasters from happening, we can prepare by understanding these events.

Phillip Henderson is a veteran prepper who hoards not just supplies, but also books about botany, home remedies, advanced electronics, and other references that might come in handy in any survival situation. He lives in Blacksburg, Virginia with his wife and two kids. 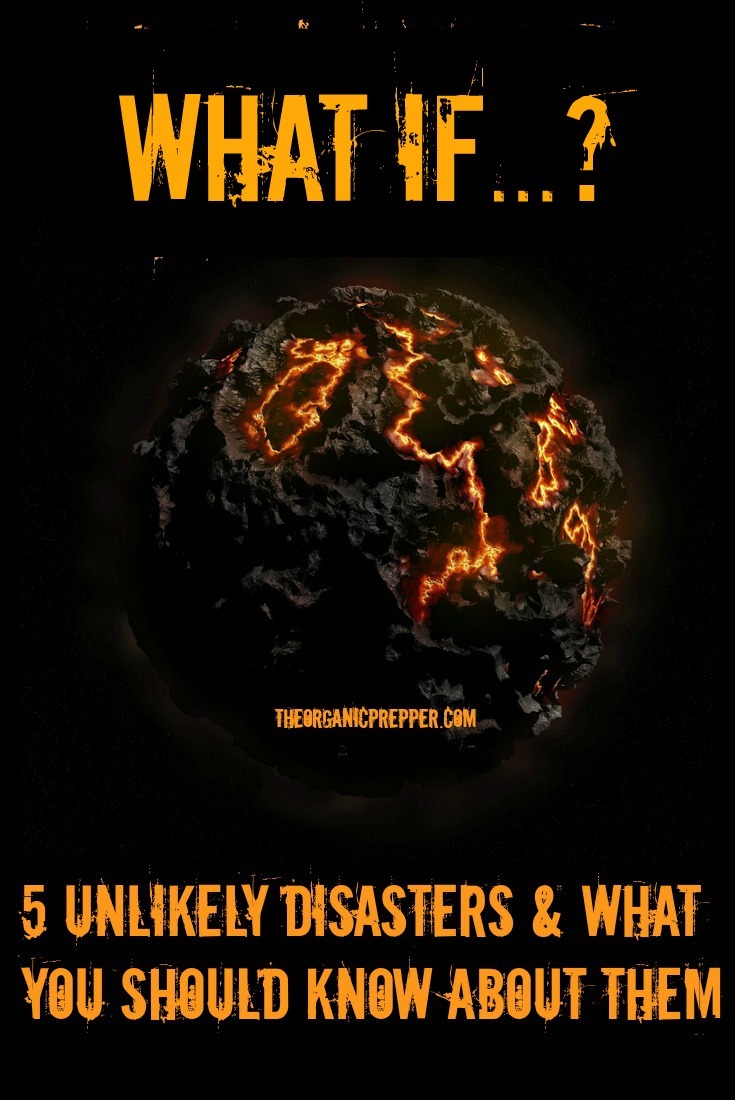