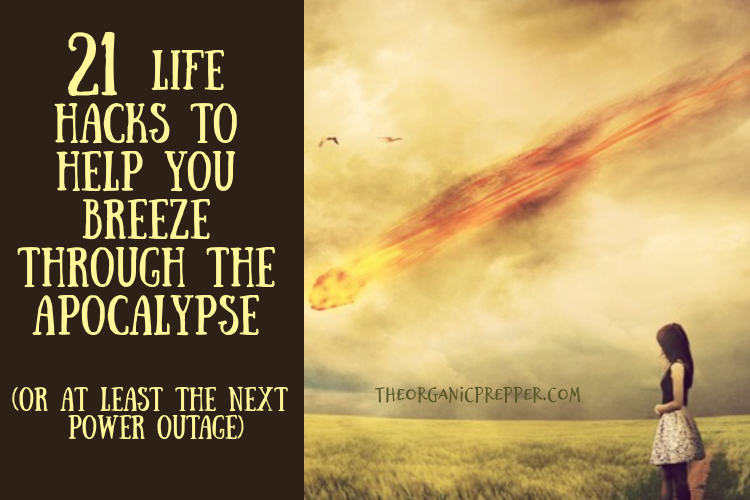 Life hacks are all over the place at the minute (seriously, they’re everywhere) and some are really good – but often they’re more Martha Stewart than Grizzly Adams.

Here are a few life hacks that are applicable not only to regular everyday lifestyles but to those crazy preppers – ahem – people who are of a preparedness mindset as well. While all of these aren’t necessarily life-saving, they all have the potential to save you money and effort in a survival situation.

Can’t get enough prepper hacks? Check out Jim Cobb’s book, Prepper’s Survival Hacks with 50 cool DIYs. One of them just might save your life one day.

Do you have any other easy prepper hacks?