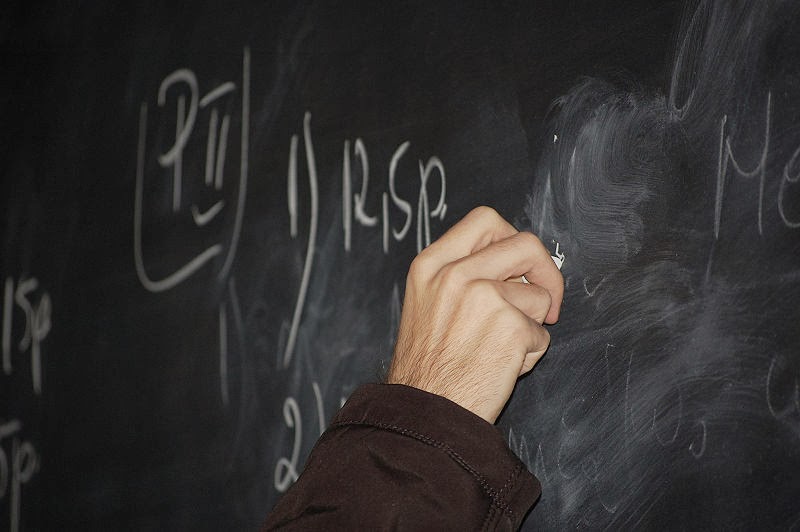 Upon first reading reports of an “anti-science” and “muzzling” bill, you could easily get the impression that “mum’s the word” for any further discussion on science/health topics like GMOs, vaccines, climate change, raw milk etc. One recent report accidentally left out a crucial word that changes the entire meaning of Virginia House Bill 207, sponsored by Richard P. “Dickie” Bell (R-Staunton).

When reading the bill, it appears to lift a muzzle and encourage more analysis – why is that making people so angry? It’s receiving all kinds of backlash from local media, teachers and educational organizations. The flak focuses on what they view as a move to push creationism into schools.

Turns out, the real fear is, “fringe” beliefs seeping into the classroom.

Here is the section in question:

C. Neither the Board nor any local school board, division superintendent, or school board employee shall prohibit any public elementary or secondary school teacher from helping students understand, analyze, critique, and review in an objective manner the scientific strengths and scientific weaknesses of existing scientific theories covered in science classes.

Not exactly a call to take the classroom to the Creation Museum … But as ridiculous as that sounds, opponents are fearing that other teachers will undermine “real” science by openly teaching “fringe” beliefs like “climate change denying” or anti-evolution, and no one can stop them from teaching their “bad” science.

“The rhetoric of these bills is speciously attractive, appealing to values of open inquiry and the like,” he added. “In fact, though, they would in effect permit science teachers with idiosyncratic opinions to teach anything they pleased — proponents of creationism and climate change denial are the usual intended beneficiaries of such bills — and prevent responsible educational authorities from intervening.”

But the local paper goes on to say:

Not sure how prevalent that is in the public school system, but isn’t this what homeschool parents get accused of? Sheltering their kids from other belief systems…

A complaint read elsewhere about possible disruption in the classroom should probably read more like a throwback to No Child Left Behind – “But where is the time allotted for such discussion? I barely get enough time to teach the materials as it is.” The biggest complaint I ever heard from teachers is “I just wanted to teach. It’s all about the state tests now and my job is on the line if they fail…” And this was from teachers who just wanted to delve deeper or do more Bill Nye experiments – not teach that vaccines are the devil’s fingers or Darwin is burning in hell … But opponents worry that they’ve been given no guidance on how to deal with these questions (should there even be time for them) – not exactly a good defense, though, for what they call already excellent science standards in critical thinking.

A legitimate fear would be a hijacking of lecture time when there is so much pressure for passing test scores. But it’s not forcing them to teach a non-mainstream curriculum. Oh, that’s not leaving. It’s not even forcing them to answer a “controversial” question. The intent appears to be lifting a (possible) barrier, protecting them in the event they answer a controversial question and mention two opposing theories. And what of tolerance, eh? The irony is, opponents are calling this bill a way to politicize education.

The thing that the conflicting groups are losing sight of is – who is caught in the middle of both of these politically motivated moves? Children and teens who just showed up to learn and don’t realize they are not hearing the full range of information. Until they get into the real world and realize they have one line of thinking but few tools to even argue for it. And this bill won’t alter that – it’s a systemic issue. On that note, why would highly educated teachers feel so threatened by a potential opportunity (not a mandate) to analyze strengths and weaknesses of any theory? Especially if the theories are so accepted. Isn’t that the whole idea of developing a hypothesis? Has not scientific thought been wrong before? Who gets the authority to label thought as “crazy,” “bad,” “crank,” “fringe,” or the like?

Differing theories tend to sharpen logical thought, rather than prohibit it. God forbid – oops – Gates forbid that schools allow time from test-outcome learning or behavior molding Common Core to answer questions that go against personal beliefs and could rattle mainstream bedrock. Because the last thing you ever want to do is shake it up or question authority….

Gee – it’s just too bad there isn’t some type of non-state sponsored highly individualized form of education that relies heavily on parental involvement, choice in interest-geared topics and leaves plenty of room for questions, critical thinking, diverse beliefs and exploration….