Disease: 10 Conditions That Will Become Far More Common After A Collapse

Diseases come and diseases go…rather like fashions, but with diseases it’s the general conditions prevailing at the time that denotes what gets a foothold and what doesn’t. Many diseases are opportunists: they will surface at a time the conditions are right for them to flourish. Most often this is at a time when humans really could do with concentrating on other stuff. (Such as war, societal collapse or even economic downturns.)

1.Typhus: Typhus is spread by the body louse, it’s all around us, prevalent amongst the homeless and those living in unsanitary overcrowded conditions. The only reason we are not all infected with it is our ability to launder our clothes and clean our shoes, and that we can bathe regularly. History teaches us that typhus loves downturns and has been shown to surge during and after every major crisis be it war or a stock market crash.

2.Typhoid: Not to confused with typhus typhoid is caused by the bacteria salmonella typhi and is spread by contaminated food and water. It spreads quickly in overcrowded and/or unsanitary conditions.

3.Pellagra: Pellagra is caused by a lack of vitamin B3 and was endemic just a few decades ago, Those eating diets with low levels of B3 are at risk of suffering from pellagra. Its a debilitating disease that causes a slow and painful death.

4. Hantavirus: Hantavirus is caused by ingestion of dried mouse droppings that are commonly fund in sheds, cabins etc. It’s a serious disease that will kill if not treated promptly. In a situation where the mouse population can’t be controlled and contact with droppings is more frequent cases of Hantavirus will rise.

5. Bubonic Plague: Plague has two forms, bubonic and pneumonic. Bubonic plague is often fatal if left untreated, pneumonic plague is almost always fatal if left untreated. Both are spread by the bite of a rat flea. As with hantavirus if rodents can’t be kept under control the disease will spread. It causes agonizing swellings, often in the groin or armpits that are full of pus and black in color, hence being called the black death.

6. Leptospirosis: Sticking with rodents did you know they are incontinent? Everywhere the rodent goes it leaks urine and most rodents carry leptospirosis. It is very common after major freshwater floods as the rodents move to higher and drier ground and come into more contact with humans. treatable with antibiotics but often fatal if not anything that moves rodents nearer people or people nearer rodents will cause an uptick in cases.

7. Chagas Disease: Chagas is caused by the reduviid bug that lives in hardened mud, adobe walls and loose/dirt flooring. It’s endemic in parts of Africa, India and South America. It causes debilitating illness and can lead to lifelong medical problems if not treated early.

8. Food Poisoning: There are many forms of food poisoning, the most lethal of which is Listeria, though it’s closely followed by E.coli 157. The incidence of food poisoning will rise almost immediately there’s a grid down situation. The lack of refrigeration coupled with the possibility of food not being cleaned or cooked properly will guarantee an uptick in these debilitating and often fatal conditions.

9. Heart Attacks/Strokes: Heart attacks and strokes will surge after a collapse of any kind. Lack of blood pressure medication will cause the death of many but more still will die due to over exertion. They will be undertaking physical tasks they have never done before and for many the strain will simply be too much. Add cold weather to a collapse scenario and the situation is even more dire as the blood becomes cool and sticky and forms small clots that can lead to both heart attacks and strokes.

10. Emerging Diseases: Many new diseases are emerging, or have emerged over the last few years. There is still a great deal to find out about the mode of transmission, susceptibility and pandemic potential of diseases such as MERS-nCV, H5N1 and H7N9 both forms of avian flu, and other zoonotic diseases that pose a threat to humans.

The only definite way of avoiding the possibility of contracting something that could sicken, or even kill you and your family/survival group, is to avoid contact with other people. Sadly, for most people this will not be an option. venturing out of your chosen location and mixing with others will at some point become a necessity. There are a few things you can do to minimize the chances of contracting a disease when venturing out.

Gloves: Wearing gloves when out and about will prevent you picking up germs on your hands. Be sure not to your nose or face until you have removed your gloves and washed your hands. Have as little physical contact with ‘outsiders’ as possible and consider wearing a face mask or a scarf over your nose and mouth. In addition to forming a physical barrier to many airborne contaminants it minimizes the risks of hand to mouth contamination should you touch your face with contaminated fingers, be they gloved or not.

Remove Outerwear: Make sure you remove outerwear, including footwear before re-entering your home. Mites, ticks, feces etc. picked up by your outer clothes will not make it indoors if you remove them and put them into a bucket with a lid. Shoes should be bagged before storing in the bucket. If the clothes are left in the bucket for seven days you can be pretty sure that whatever was on them has expired. ere are of course some things that can survive for an extended period, but unless you have enough clothes, bags and/or buckets to not re-use the clothes it is a risk that will have to be taken the next time you leave the house.

Wash Your Hands: It’s a good idea to keep a tub of some kind full of bleach water just outside the door so that hands can be washed before entering. Pay particular attention to the area between the fingers, the tips of your fingers and your nails.

Inspect: Check the seams and pockets of your clothes regularly to make sure there are no lice hiding away and inspect you body thoroughly if you have been out mixing with the population at large. Pay particular attention to armpits and groin as body lice favor warm moist areas when they feed. 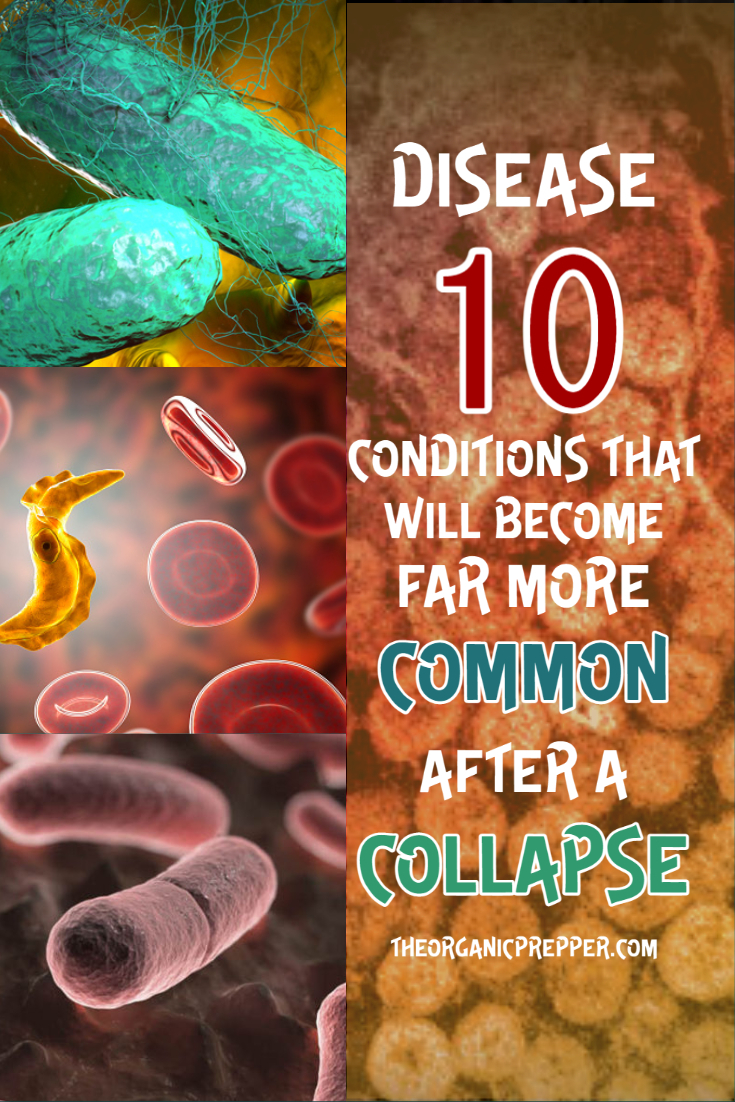 Is This Administration Actually TRYING to Accelerate the Economic Collapse of the United States?