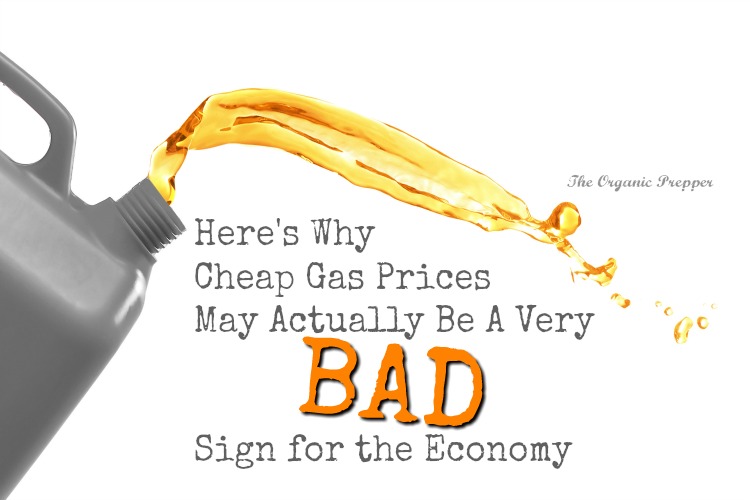 If you’ve been to the gas station lately, you probably just about turned cartwheels. I know that my last fill-up was almost $15 less than it was a few months ago, which goes along with a recent report that prices are the lowest they’ve been all year.

While this seems like a great thing, I have some unfortunate news for you. Cheap gas prices can actually be a BAD economic sign.

It boils down to a few things:

While these plummeting prices are awesome today, they could be the precursor to an oil industry crash. In turn, this could lead to an economic collapse like the one in Venezuela.

Here’s what the economic experts say about cheap gas.

Vipin Arora, an economist with the U.S. Energy Information Administration, did some research that says plummeting gas prices aren’t good for everyone.

The story is essentially about consumption, which accounts for around 70% of inflation-adjusted U.S. GDP. Consumers have greater disposable income and increase expenditures on non-fuel goods and services. These rises filter through to investment and employment, and are counterbalanced somewhat by higher imports. The reemergence of the U.S. as a major oil producer has complicated this narrative: lower prices have a negative effect on production, investment, and employment in oil and gas extraction and related sectors. The question is about the balance between these forces—holding everything else constant, do the falls in production/investment dent or even reverse gains in consumption?

I will argue in this paper that it is possible. The reasons are unsurprising: (i) oil production is a much larger part of the U.S. economy than in the past; and (ii) high debt levels, especially for low-income families, have lowered consumer spending in response to cheaper gasoline prices. Access to credit, particularly home equity loans, has also slowed consumption growth, as has slow wage growth, and an aging population.(source)

So basically, there are two reasons why cheap gas prices may not be so good for Americans:

James Hamilton, my favorite economist to read on energy, has argued that the declining price of oil traces back to three factors: surging U.S. oil production, the return of Libyan production to normal levels, and a slowdown in the global economy…

Texas, North Dakota and other places in the U.S. will suffer as oil prices decline and some of the high-paid jobs in oil production go away. Worldwide, lower energy prices are good for most countries — but they are bad for many places, including some very unstable regimes. Russia will be badly hurt if this continues; so will Iran and Iraq. Venezuela is already dancing on the brink of disaster [Note – remember, this article is from 2016 and Venezuela has fallen right over that brink], and its production capability has been seriously degraded by Chavismo. Cheap oil seems likely to tip the country over into the abyss. (source)

And meanwhile, in the oil industry…

From what I’ve read, the magic number is $40 per barrel. When prices drop below that, oil rigs are actually working at a loss. Today, the NASDAQ has oil at $43 per barrel, so we’re hovering near that danger point. Bank of America predicts that prices will plummet to $30 oil.

Oil industry magazines have some pretty unsettling headlines as well:

Look at this chart from NASDAQ. As you can see, the downward trend tends to go up for a day, then plummet even further than the previous day. One step forward, two steps back. 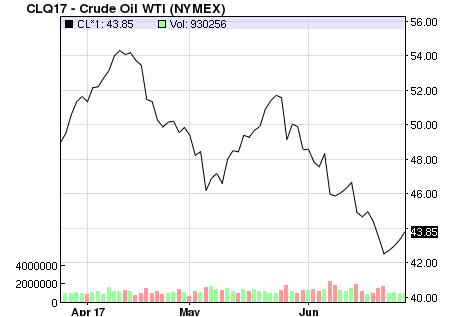 Last year, we had a similar scare with dropping oil prices, during which Peter Schiff provided an alarming reality check:

We’re broke. We’re basically living off of debt. We’ve had a huge transformation of the American economy. Look at all the Americans now on food stamps, on disability, on unemployment.

The whole economy has imploded… the bottom hasn’t dropped out yet because we’re able to go deeper into debt. But the collapse is coming.

What’s happening is pretty much what we would anticipate. I don’t see from the data any real economic recovery, certainly not in the United States.

The bills are going to come due. Right now interest rates are being kept at zero which makes it possible to service the debt even though it’s impossible to repay it… at least we can service it. But once interest rates go up then we can’t even service it let alone repay it.

And then the party is going to come to an end. (source)

At the time, Michael Snyder of The Economic Collapse Blog wrote:

There has only been one other time in history when the price of oil has crashed by more than 40 dollars in less than 6 months.  The last time this happened was during the second half of 2008, and the beginning of that oil price crash preceded the great financial collapse that happened later that year by several months…

…So if you are looking for a “canary in the coal mine”, keep your eye on the performance of energy junk bonds.  If they begin to collapse, that is a sign that all hell is about to break loose on Wall Street.

It would be difficult to overstate the importance of the shale oil boom to the U.S. economy.  Thanks to this boom, the United States has become the largest oil producer on the entire planet.

Yes, the U.S. now actually produces more oil than either Saudi Arabia or Russia.  This “revolution” has resulted in the creation of millions of jobs since the last recession, and it has been one of the key factors that has kept the percentage of Americans that are employed fairly stable. (source)

We never fully came back from last year’s plummet and we’ve headed downhill again. The chickens of our debt-fueled lifestyles are coming home to roost.

Here’s what Schiff has to say:

“It’s interesting that during the entire term where Obama was president, the Fed really only raised rates once. I mean, they raised them a second time, but that’s after the election. Since Trump was elected they’ve already had three rate hikes and they’re planning on doing more.

But the low interest rates were part of the problem. The Fed needs to raise interest rates, but when they do that, the economy is going to collapse. The whole bubble, the recovery was phony…

You need only to look at Venezuela to see what an oil crash can do to a country.

(If you aren’t signed up to my newsletter, go here to do so. I’ll be sending out an approximately 70-page analysis on the economic collapse of Venezuela FREE to all of my subscribers later this week. When you look at it all laid out together, it paints an alarming picture of what could be our future.)

Yes, of course, the socialist government there had a lot to do with their economic collapse, but they are still one of the most resource-rich countries in the world. When the bottom dropped out of the oil industry, their currency became all but worthless. The value of the American dollar, too, will fall along with the price of oil, due to the high percentage of the GDP that industry holds.

And look at them. (Here’s a grim, first-hand look from a woman struggling to survive in Venezuela.)

This could easily be America.

Are you prepared for an economy like that one?

I know that I sound like a broken record, but the time to get ready is running out. I want you and your family to have safety and security, regardless of what may come. 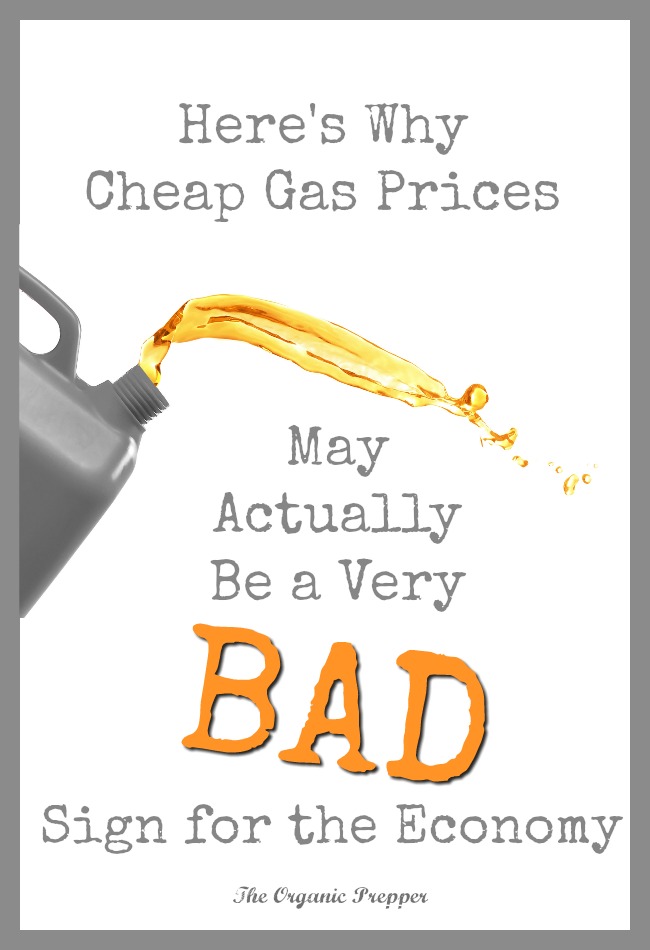