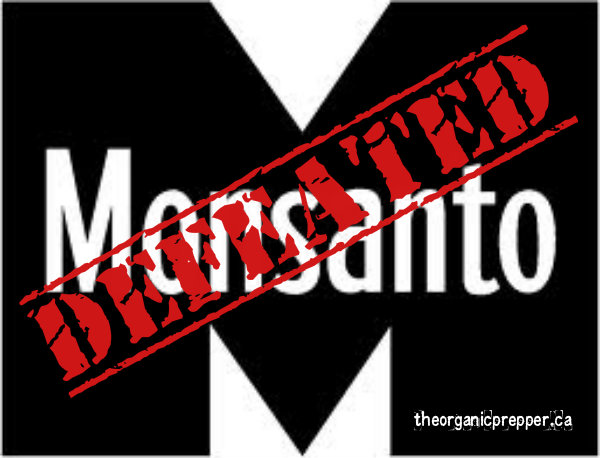 Finally, it seems like we have the attention of some of the members of Congress.  As the result of an enormous outcry, the Senate voted down the rider that was recently approved by the House of Representatives.  The rider would have continued Big Biotech’s immunity against prosecution resulting from their toxic farming practices and questionable crops.

As of September 30th, the so-called Monsanto Protection Act will be dead.  This is a major victory for anti-GMO activists as it is the first time that Congress has decided in favor of the constituents as opposed to companies like Monsanto, Sygenta, Bayer, and Dow.

“That provision will be gone,” said Sen. Mark Pryor (D-Ark.), confirming the change to POLITICO. The Center for Food Safety, a Washington-based non-profit, welcomed the decision as “a major victory for the food movement” and “sea change in a political climate that all too often allows corporate earmarks to slide through must-pass legislation.”

“Short-term appropriations bills are not an excuse for Congress to grandfather in bad policy,” said Colin O’Neil, director of government affairs for the Center. (source)

The Monsanto Protection Act was passed last spring as a rider sneakily put into place by Senator Roy Blunt of Missouri (Monsanto’s home base, incidentally.) It was passed by both the House and the Senate (see who voted for it HERE) , and then signed into law in a final act of betrayal by President Barack Obama, despite public outcry that the rider made the biotech industry untouchable and not subject to legal action regardless of the damage caused.

The biotech rider “could override any court-mandated caution and could instead allow continued planting.  Further, it forces USDA to approve permits for such continued planting immediately, putting industry completely in charge by allowing for a ‘back door approval’ mechanism,” the Center for Food Safety said earlier this month upon news the House was reviving the measure. (source)

As the rider is due to expire at the end of this month, a renewal of the policy was written in and passed by the House last week, slipped into an important bill related to the federal budget, the FY14 Continuing Resolution (CR) spending bill.

Monsanto and its allies have argued that what the company sought was no more than what some federal courts have done themselves in the past: Allow farmers to continue to use GMO seed –under environmental guidelines—while the court review continues.

Monsanto successfully expanded support among farm groups also interested in some such stewardship program. But the language itself was unusually strong in that it directed Agriculture Secretary Tom Vilsack in no uncertain terms about how he should respond in future court cases impacting GMO seeds.

The secretary “shall, notwithstanding any other provision of law… immediately grant” temporary permits to continue using the seed at the request of a farmer or producer wanting such a stewardship program, the provision reads. And while Vilsack has been a big champion of the biotech industry, he was uncomfortable with what he saw as an effort to “pre-empt judicial review.”

“We have all known this rider’s days were numbered,” O’Neil told POLITICO. “But given the recent GMO contamination episodes of wheat and alfalfa in Oregon and Washington it is clear that our nation’s safeguards, in particular those of the federal courts, should not be under attack from policy riders like this.”  (source)

This proves that by keeping a close watch on what our members of Congress are doing, and by holding them publically accountable, we can affect changes.  If we keep our momentum going, Big Biotech can be defeated.