How the Media Shapes Reality to Fit the Desired Narrative 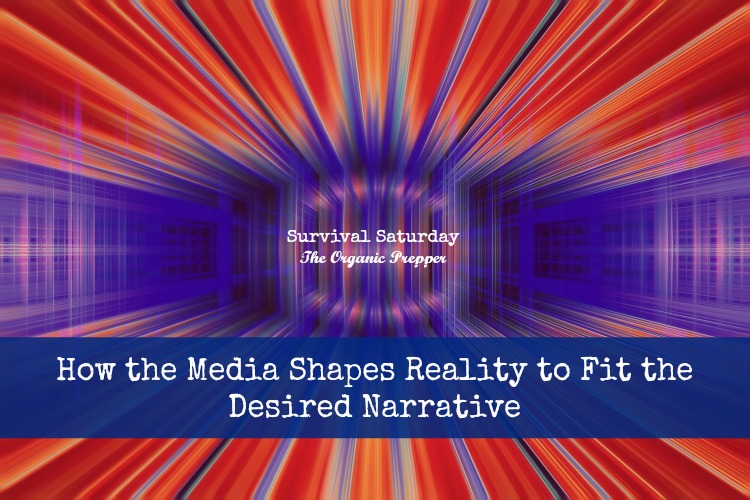 This week on Survival Saturday, the common theme between these seemingly unrelated stories is that the media is striving to shape reality to fit the desired narrative.

Obama’s medal is deserved (even though he basically awarded it to himself.) Hate crimes aren’t hate crimes (if the victim is white.) Ignore the man behind the curtain, ignore the things that don’t add up, and believe the illusion of truth they provide us.

Every week when I write this round-up, it seems more outrageous than the previous missive. This week is no exception. (PS: If you enjoy this feature, sign up here to get more stories like these, every day.)

Torture and kidnapping of a white kid in Chicago followed by denial from the left.

By now, you’ve probably seen or heard about the young man in Chicago whose torture was live-streamed on Facebook. I didn’t watch it. I couldn’t. I won’t post it, either, but you can find it here if you feel you should see it.

The basic facts are that 4 young people kidnapped an 18-year-old man with special needs, including schizophrenia and attention-deficit hyperactivity disorder.

They used Facebook Live to broadcast their torture of the young man. (More details here.) Bottom line: the kidnappers were black and the victim was white.

But, lots of people are denying that this was a hate crime. Initially, the Chicago police commander played it off as kids doing stupid things. CNN host Don Lemon said, “It’s not evil.” Democratic strategist Simone Sanders said, “We cannot callously go about classifying things as a hate crime” and blamed Donald Trump.

Think about the outcry if the races in this situation were reversed. What if the victim was a mentally handicapped black man and the kidnappers were white people?

Yeah. That’s what I thought.

Go here to read the details and a more detailed opinion on this topic.

Some tinfoil-wrapped questions about the Florida airport shooting.

Yesterday, a shooter who was later identified as Esteban Santiago opened fire in a Ft. Lauderdale, Florida airport with a gun from his checked luggage. Five people were killed, and eight were wounded in the horrifying attack.

Now, I’m not saying this was a set-up, a hoax, or some kind of creepy Manchurian candidate thing, but there is some definite weirdness.

Don your tinfoil and walk through these three points with me.

Weird Thing #1 – Santiago turned himself into the FBI in November, saying he was a victim of government mind control.

Weird Thing #3 – this incident was conveniently timed right before discussion on a pro-gun bill that would allow firearms in airports.

Get the details of the weirdness here.

Obama’s New Medal is Made of Iron-y

If you thought it was ironic when bomb-dropping, drone-loving President Obama was awarded the Nobel Peace Prize in 2009, just wait.

Last week, he got awarded a new medal, this one for “Distinguished Public Service.” Considering how he destroyed the healthcare system and demolished the middle class while doing it, that in itself was pretty rich.

But, like the Ginsu knife commercials of the 80s, wait, there’s more.

He basically awarded it to himself.

On Wednesday, President Obama added another prestigious medal to his Nobel Prize collection when he had Defense Secretary Ash Carter award him with the Department of Defense Medal for Distinguished Public Service.

Secretary Carter awarded his boss with the medal on January 4 during the Armed Forces Full Honor Farewell Review for the President held at Conmy Hall, Joint Base Myer-Henderson Hall in Virginia.

Carter insisted that the medal was a token of appreciation for Obama’s service as commander in chief. (source)

And then there’s his speech.

After spending the last few weeks throwing roadblocks in the path of President-elect Donald Trump and his transition team, Obama nonetheless claimed in his remarks to the members of the military in attendance that “We’ve got to make sure that during this transition period that there is a seamless passing of the baton, that there’s continuity.” (source)

Between that and Obama’s dogged efforts to get us into a war with Russia as a parting gift, Trump’s inauguration can’t come soon enough.

I know I keep repeating myself, but the signs are all pointing to economic pain this year. This week’s preparedness focus is on getting ready for a personal economic crisis. To name a few possibilities, this could come from a large unexpected expense, a job loss, or a cost-of-living increase.

Here are this week’s resources and articles.

What do you think of this week’s stories? Do you have any news links you want to share? Now’s the time! Please post your links in the comments below. Please join the discussion!