Should You Trust Your Bank? 43% of Americans Don’t. Here’s Why. 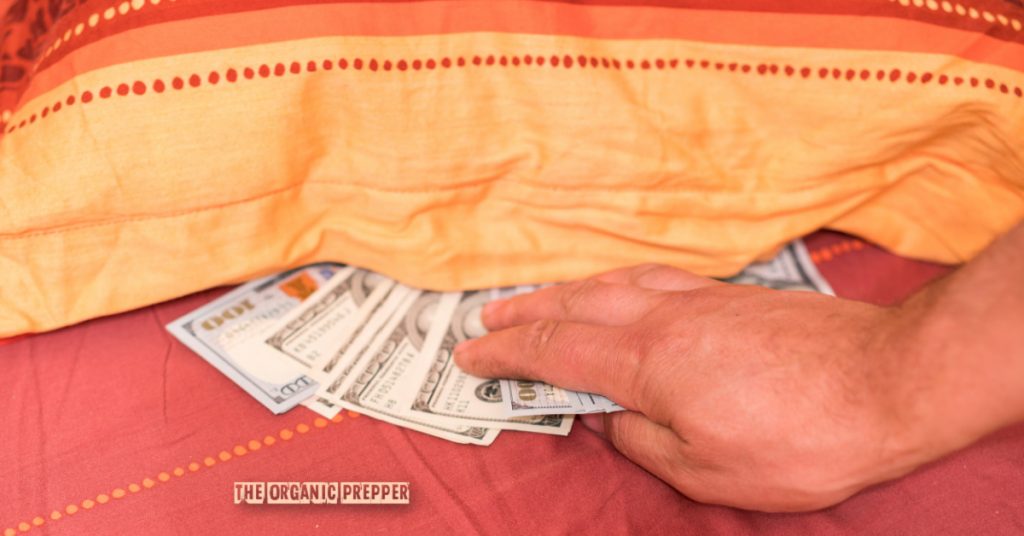 If you read between the lines on a recent report from American Express, it looks like more Americans are veering away from the traditional bank savings accounts:

This means that 43% of the people who are saving money are not putting it in the bank.  This is good news for those of us who wish people would wake up and see the net being cast around them, but bad news for the banks that depend on deposit accounts to be able to give out loans and earn interest.

Most folks have been trained to keep their savings in the bank.  It’s just the way things have been for over 100 years. But there are a lot of reasons why that is no longer a good idea. For one, deposit accounts are no longer legally protected. As well, the Federal Reserve passed a policy that in the event of an economic crisis (think “bank run) that accounts can be frozen to preserve the liquidity of the banks.

In an recent interview, alternative asset manager Eric Sprott explains why stashing fiat currency in a bank is a bad idea:

And now you have another level of concern out there and that is, of course, the currency risk. We’ve seen so many currencies that have been incredibly weak… (Source: SHTFplan)

Of course, the government has several reasons they’d like everyone to stash their money in a bank account:

We need only to look at the horrible situation a couple of years ago in Cyprus to see how bank accounts are like all-you-can-steal-buffets for the powers that be.  A suggested TAX of up to 20% of the money in Cypriot bank accounts may be levied in order for the country to meet its staggering debts in the terms of the proposed EU bailout.  The banks of Cyprus were loaded with the money of residents and businesses of other countries that have used them as a tax haven.  The banks were closed for several days and frantic customers were left to withdraw the maximum daily balances from ATM machines in an attempt to salvage what they could.

Think it can’t happen here?  I wonder if the people of Iceland, Greece, Ireland, Hungary, Argentina, Spain, and Portugal thought that too.

The second reason that “everyone should have access to banking services” is the digital trail that it leaves.  Every dime you receive and spend out of these accounts is part of an intricate system of surveillance.  When your money goes into a bank – any bank – Big Brother knows about it.  It’s a simple matter of compiling information via your social security number (or other federally- assigned number) to find out how much you make, how much you have, and where it comes from.  This can be used to prosecute you for tax purposes, to locate you through where your pay comes from, and to follow your personal money trail for a variety of different reasons.

It can also be used to track your spending – Big Brother can find out that you spent $2000 at a gun store, that you purchased online from a prepper supply website, or that you bought some books with “questionable” content in order to paint you as a threat.

In 2013, US banks generated a stunning $31.9 billion in overdraft fees. That’s right. They took billions of dollars from people who were clearly financially struggling or they wouldn’t have bounced payments in the first place. This number doesn’t even touch upon the fees you pay to stand in line and use a human teller instead of an ATM, the fees you pay for the privilege of having the bank hold on to your money, or the fees you pay per transaction in many accounts.

If you don’t use a bank, where should you stash your cash?

For most of us, banking is a necessary evil.  Our paychecks are directly deposited. We pay our bills online.  Our mortgage payments are  automatically debited.  My recommendation is not to leave in any more money than is required to meet these expenses.  I personally withdraw everything beyond the bills coming out between pay periods.

For the reasons mentioned above, safety deposit boxes are also not a place you want to keep your savings.  If the banks doors are locked, your precious metals and cash are locked in too, and you will have no access until the bank reopens.  In the event of a disaster, that might be a very long time, if ever.

This doesn’t mean to stuff your mattress with bills or to put the money in an assortment of shoeboxes under the bed. Consider investing in one or more fireproof safes

.  Be creative about where you hide them, and when you’ve selected a spot, bolt them into the floor. You can get a couple of smaller, less expensive safes

and fill them with minimal amounts of money and costume jewelry to serve as decoys. Some people bury PMs in a cache, but if you do this, be very careful to map it out in a way that you’ll be able to find it.

You can also invest in tangible goods like food, firearms, preparedness supplies, property investments, and precious metals.  Gold and silver retain their value far better than the dollar, and the metals are easily liquidated if an emergency arises and it becomes necessary to change them to fiat currency. This being said, metals are harder to spend, and it takes a little bit of effort to cash them in, so it can help deter you from spending unwisely if you tend to have difficulty saving money.

Remember: If you don’t hold it, you don’t own it.