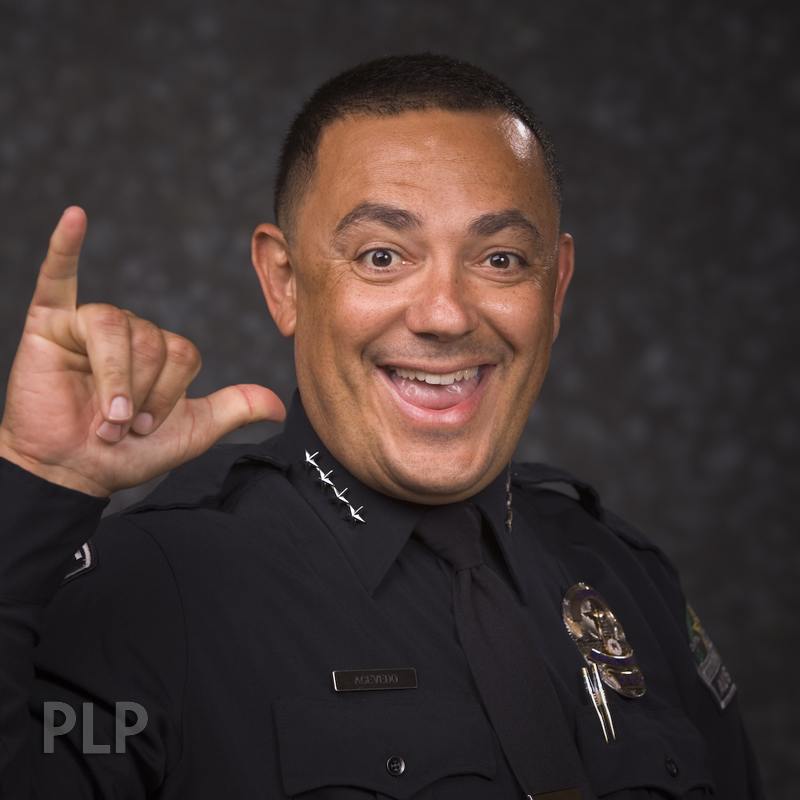 Originally published at The Daily Sheeple

Everything is bigger in Texas, even the stupidity and outright unConstitutional behavior of a certain government official.

Let’s all say a big hello to Austin Police Chief Art Acevedo, who certainly must have studied the sentiments of anti-freedom gun haters like Michael Bloomberg, (You know, the mayor of…well, nowhere.)  He really likes to hear himself speak, but he should probably just stop. Seriously. Pretty much every time he opens his mouth, Acevedo puts his jackboot in it, but this one has particularly offended about 90% of the population of Texas (along with everyone else who is a fan of freedom.)

After Larry McQuilliams went on a shooting rampage in downtown Austin last week, Acevedo took the opportunity to dole out this little gem of advice to Texans:

“Folks, let me tell you what keeps me up at night, it’s these guys. It’s these homegrown extremists that are lone wolves, that are mad at the world, that are angry. And that’s why it’s important for us as Americans to know our neighbors, know our families. Tell somebody. If you know somebody that’s acting with a lot of hatred towards a particular group especially if you know somebody who’s a gun enthusiast or they’re armed with this type of fire arms and they’re showing any type of propensity for hatred, doesn’t mean that we’re going to go and take them to jail, but we might want to vet these people. He may well be alive today had we had the opportunity to do that.”

Unbelievably the Police Chief tries to act as though his little speech is in support of the Second Amendment.

In case you haven’t noticed, let me take this opportunity to point out that every time someone goes on a shooting spree, the liberal media links arms with gun control afficianados, and they begin to fear monger, pointing the finger at patriots, gun owners, Christians, preppers, survivalists, conservatives, and those who support the Constitution.  It happened during the reporting on the Sandy Hook massacre (which many people question whether it even happened) and it happened immediately after the Boston marathon bombing (also questioned) and again after that couple in Las Vegas shot some cops.  Check out this Google search on McQuilliams (click the photo to enlarge it): 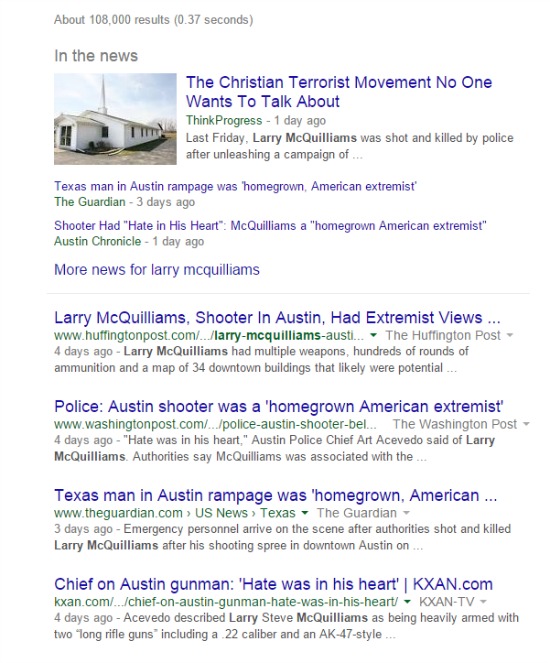 Well, gee, clearly, all of us who love the Constitution must be vilified and popped into the same category as someone who is disgruntled enough to go on an armed rampage, right?  Obviously the first sign of being a “homegrown terrorist” is gun ownership.

With responses like this, from the Police Chief of Austin, is it any wonder that people question whether these horrible events occur randomly, or whether they are created to turn neighbor against neighbor and push agendas of control?

It’s vital to note, in this case, as in with most cases of crazy people shooting up public places, McQuilliams obtained his guns illegally. So how would these “stricter” gun control laws do anything at all to prevent this kind of event? All gun control laws do is keep guns out of the hands of law-abiding citizens. Acevedo, however, seems to be taking a page out of the Rahm Emmanuel Leadership Handbook.

Incidentally, during Aceveda’s “reign” in the Austin PD, he came under fire (oops, I better be careful how I word things – I might sound like a “homegrown terrorist) when his cops brutally arrested a jaywalker and he said that it wasn’t that bad since the cops only beat her and didn’t rape her:

“In other cities there’s cops who are actually committing sexual assaults on duty, so I thank God that this is what passes for a controversy in Austin, Texas!”

The list of Acevedo’s verbal faux pas is long and distinguished. You can check some of the painfully awkward videos starring Acevedo over on Youtube, with memorable headlines like:

Austin police chief apologizes for remark about a jogger’s arrest

I’ll leave you with this little clip that sums up Aceveda’s obliviousness to reality …he’s a strong proponent of communication, since he’s so eloquent and all:

This is why we’re armed

Come and Take It T-Shirt

Hands Off My Gun: Defeating the Plot to Disarm America