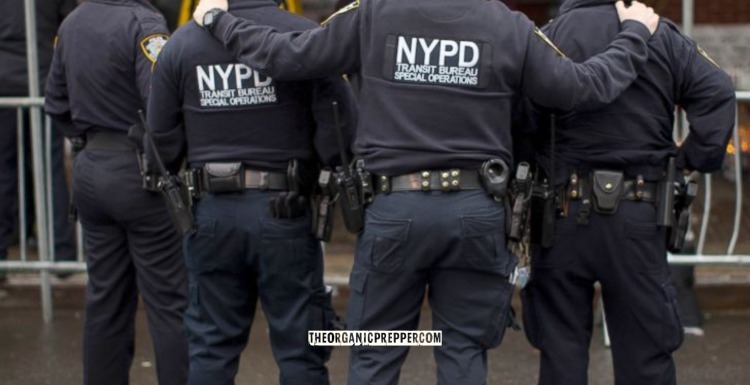 Just two days ago we posted about the door-to-door efforts taking place to convince the “hesitant” within the United Kingdom. Back in July we posted about the National Guard gearing up for similar work here in America. (Coincidentally (?), we’ve also covered the job openings for ‘resettlement/internment officers’ within the National Guard. Who will be resettled? Who will be interned?)

And now we have agents arresting those who don’t have the jab in New York City. 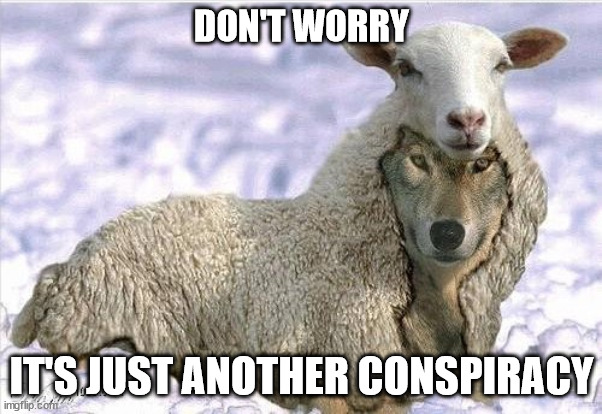 We’ve witnessed people arrested at a Applebee’s because they didn’t have the appropriate yellow star/papers needed to eat there. We watched as a veteran was thrown to the ground (literally along with an American flag. There’s some symbolism for you.) as he attempted to order a meal at a Panera Bread. Where? New York, of course.

Six were arrested at a (New York) Cheesecake Factory because they didn’t have the jab.

Now we have a horde of agents surrounding a small child at a restaurant because he doesn’t have the appropriate paperwork to eat there.

[sarc] That kid looks like a danger to me too. Better surround him with “law” enforcement, traumatize him, violate his Constitutionally protected rights, and treat him like a lesser human being.

May I ask, what is the supreme law of the land here in the land of the free (because of the brave)?

Now we have door-to-door efforts underway in New York City offering the jab and $100 to occupants of homes. How long will it take until those who refuse to answer the call of “Papers, please” at their own homes, face the same punishment as those who do so at restaurants (such as those in the video below)?

Keep in mind that New York also recently passed Bill A416, (update: Bill A416 was stricken on December 22, 2021) a bill which allows for the “detention” of those deemed to be public health threats. According to the bill, you can be “detained” for up to 60 days, but then a court gets an additional 90 days to decide if you’re still a public health threat or not.

California and New York are ideological twins. It’s in California that “misinformation” has been deemed to be a public health “threat.” Consider if you’re one of those individuals who has been deemed a spreader of non-government-sanctioned truth.

You are now a public health threat.

“Well, that doesn’t affect me!” you say.

“I live as far away from the city as possible! Glad that’ll never happen here!”

And this type of thinking is part of the problem.

If you live in the rural sections of the country, it’s fun to pretend as if the cities don’t matter. It’s fun to think that the cities are just the sections of America where the weirdos and the communists dwell, and that we’re safe out here in the boonies.

The policies which are created in the cities affect everything. It doesn’t matter how far away you are, those policies will find you. There are always men who are more than willing to violate human rights (to do evil) so that, A) they keep their taxpayer-supported pension, B) they keep their paychecks.

That’s all there is to it.

It’s the mindset that “if I say something I could be ostracized/lose my job/etc!” that is causing our once great country to disintegrate.

Those who prize freedom only for its material benefits have never kept it for long. – Alexis de Tocqueville

People have forgotten that it is the dying freedom they refuse to speak up for which grants them their job, opportunities, ability to move up a ladder, etc. To be afraid to defend it is to walk into slavery a coward. It is to watch as everything you once loved is destroyed right in front of you as you hold onto the knowledge that you stood by and watched as it died.

You can “vote with your feet” and run off to the American Redoubt. You can sail out to sea. You can seclude yourself in the hills of the Rockies on your self-supporting homestead, but ultimately, the policies created by the people you fled from will find you.

Laugh if you will, but what happens in New York City is often the introduction for what we see throughout the rest of America.

It is only a matter of time until those who refuse to wear the yellow star are barred from restaurants throughout the rest of the country as well. Those who refuse will be “legally” stomped as was Atilis Gym.

It’s only a matter of time until those without the yellow star are banned from buying food completely. You need to prepare your food stores for what these people have in mind. Check out our FREE Quickstart Guide on how to build up your food storage plan to help.

I was in talks with a friend the other day, who told me the story of their local hospital. A woman with severe kidney pain was sent to the ER, but was moved to the back of the triage list because she didn’t have the jab. And so she waited in agony for hours. Hospitals are already short-staffed due to healthcare workers who were fired for refusing a forced vaccine – and now patients are being triaged based on their “status.”

We predicted that discrimination against the unvaccinated would spread, and spread it has. As we have pointed out before, who is the true public health menace here?