No Good Deed Goes Unpunished: School “Does Not Condone Heroics” 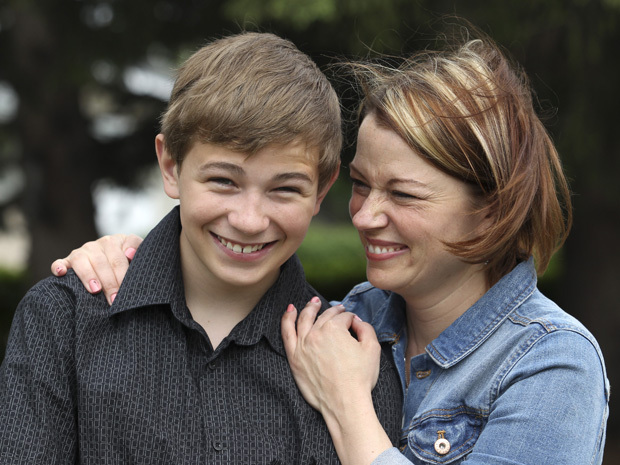 The schools like to talk a good talk about their firm stances against bullying.  They make a big deal of having  the kids wear pink to school for International Stand Up to Bullying Day.  They hang colorful posters and spend classroom time discussing bullying. They even have the students sign pledges saying that they will stand up for the victims of bullying.

But what happens when a kid takes the message to heart?

He spends the day in the principal’s office, has his locker searched, and is questioned by the police if he is at Sir John A MacDonald School in Calgary, Alberta, Canada.

The trouble started over an altercation between two boys at the school, located at 6600 4 St. N.W.

Again, school scraps are nothing unique — but then one of the boys pulled out a knife, turning an angry scuffle into something far more serious and potentially deadly.

At this point, according to the strict rules of the Calgary Board of Education junior high, MacLean should have left the scene to find a teacher, abandoning the unarmed student to his fate.

But instead of doing what was required, MacLean did what was right.

The young teen charged into the fray and tackled the knife-brandishing student.

The jolt sent the student and knife to the floor, leaving the potential stabber with a nasty bump on his noggin — but that was the extent of injuries received at Sir John A. Macdonald school that day.

No cuts, no stab wounds, and no need to call an ambulance — all thanks to a kid who chose to act rather than cower or run.

“He pulled out his flip knife so I came in and pushed him into the wall,” said MacLean.

“It was just to help the other kid so he wouldn’t get hurt.” (source)

The young hero spent the rest of the day in the principal’s office, where he was told that he should have run away and gotten a teacher.

His mother, Leah O’Donnell, received a call from the school to let her know that her son was in trouble for his part in the incident.

“They phoned me and said, ‘Briar was involved in an incident today,’” she said. “That he decided to ‘play hero’ and jump in.”

Ms. O’Donnell was politely informed the school did not “condone heroics,” she said. Instead, Briar should have found a teacher to handle the situation.

“I asked: ‘In the time it would have taken him to go get a teacher, could that kid’s throat have been slit?’ She said yes, but that’s beside the point. That we ‘don’t condone heroics in this school.’ ”  (source)

Fortunately, Briar is undeterred by the schools grim look on his response to the bully and says he would do the same thing again.  His mother is firmly in his corner.

When did we decide as a society to allow our children to grow up without spines? Without a decent sense of the difference between right and wrong?” (source)

If anyone wonders how a person can be brutally attacked and left to bleed to death on city streets while pedestrians side step the assault and look the other way, the answer is clear – they’ve been taught to do so in school.  During their formative years, children are being programmed.  They are punished for doing what is right, instead of running away.  They are taught to go and tattle instead of taking responsibility and helping another person, thus transferring the burden of safety into the hands of an “authority figure”. Having a nation full of people who are accustomed to standing up for the right thing, even at risk of their personal safety, does not make for a nation of malleable followers and worker bees.  Instead, the current school policies and protocols are designed to create a nation of dependents who look to others to take care of problems, never even realizing that they have given up their liberty in exchange for safety.

Putting another person’s safety ahead of your own is the true definition of heroism and “anti-bullying”.  All of the pink shirts in the world can’t fix this until the paradigm shifts and heroism is embraced again.