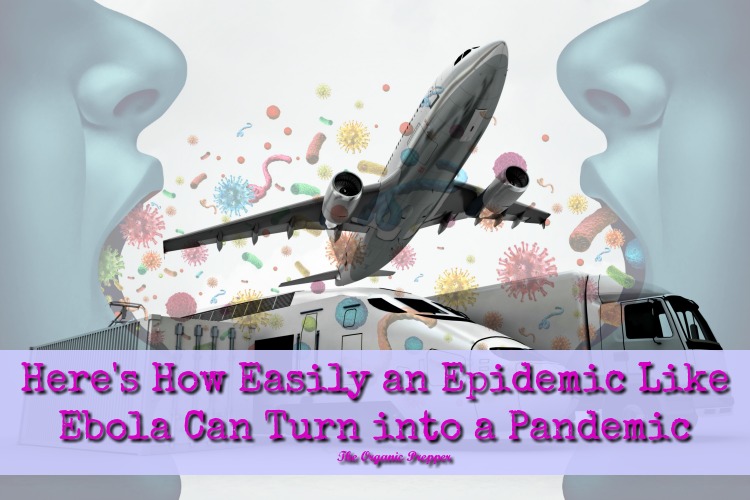 Remember the soothing words of the World Health Organization about the Ebola outbreak in the Congo?

Don’t worry, they said. It’s in a remote village that doesn’t even have real roads, they said.

Except, the problem is, now people are fleeing from that village in fear of the virus.

KINSHASA, Democratic Republic of Congo – Ebola drove Kevin Balenge, his wife and three children to get to this capital city as fast as they could to try to outrun a suspected new outbreak.

“We can’t stay here because there are no hospitals, and once you get the virus you simply die,” said Balenge, from Bas-Uele province in the north of the country, about 51 hours away from Kinshasa.

“Residents are still not aware of the virus and they do not know the precautions (to take),” he added. “Very many people are going to die here.”

“Staying here is like trying to play with death,” he said. “Ebola gives no second chance and I can’t risk it. If I can save myself, I will try to do so.”(source)

Now, we don’t know if this family of five has been infected or not, but the spread through Lakiti has increased exponentially.  Let’s think about this.

How to Get Prepped for Ebola 2.0

They traveled for 51 hours.

They clearly made stops along the way in public places like gas stations, restaurants, using restrooms, maybe motels. They would have paid for the products and services, giving money to people who would, in turn, be in physical contact with other travelers.

Now the family is in the capital, where the population is 10.12 million people.

And that isn’t even the worst of it.

In Kinshasa, there are many opportunities for even further transit, and fairly easily.

It’s where N’Djili International Airport is served by  Kenya Airways, Air Zimbabwe, South African Airways, Ethiopian Airlines, Brussels Airlines, Air France and Turkish Airlines, to name just a few. Where a person can fly to anywhere else in the world.  Where a person could hop on a train or a boat at one of the countries largest ports and leave the country.

Because of the ease of transit, this original family wouldn’t need to be the ones leaving the country. They could stay right where they are and infect a person who is there visiting and who will soon get on a plane or a train or a boat and take the virus with them.

You see where I’m going with this. It’s like watching the movie Contagion, except this is real. This is how easily a localized epidemic can turn into a global pandemic. (Which is, of course, redundant, since pandemic means it has spread across the world.)

The World Health Organization is currently trying to track down 125 people whom they believe may have contracted the virus. In the past few weeks, three people have died and 20 have been confirmed to be sick with Ebola as the illness gains a foothold. This is only an estimate, as officials are not yet on the scene because of the difficulty of transportation and telecommunications.

But could the 125 people be difficult to find because they already left the area?

Relatives of families who work and stay in the capital, Kinshasa, have been making arrangements for their families in the north to join them to avoid contracting the virus.

Dressed in a black coat over his tracksuit, Roland Bashala, 38, called his wife who has been staying in the north near the border.

“I need her to come tomorrow with our children so that I don’t lose them all,” he said. “Ebola is very dangerous and it can spread throughout the region.” (source)

There are no precautions in highly populated areas

Nearly 3000 refugees have recently landed in the highly populated Northern Congo area due to violence in the Central African Republic, any of whom could have been exposed or could possibly be ill. Ebola has an incubation period of 2 to 21 days. (source)

And there are no precautions in place.

“Ebola could spread throughout the country if the government doesn’t take precautions by screening anyone who enters the city,” said Devina Katobu, a doctor in Kinshasa. “Already people are living in fear, and are still moving from one place to another to seek safe haven. I think they might be spreading the virus. The international community should move quickly to save this country from the epidemic.” (source)

With anything this deadly, whether it is Ebola, or as a reader commented, SARS, H1N1, MERS, or an Avian flu, the ease of travel and slow responses mean that these things can turn into pandemics. Adding panic to the mix is like throwing gasoline on a fire. They could even evolve into something along the lines of the Spanish Influenza in 1918, which killed an estimated 100 million people – and this happened well before we all began jet-setting all over the place just for fun.

What you need to be doing

While it’s not time to panic, it’s time to prepare.

If you aren’t prepared to go into lockdown with your family, you need to do some prepping. If you wait until it actually hits American shores, you’ll be competing for resources. The last time that Ebola threatened the United States, I had to dig through the internet for suppliers who still had things like Tyvek suit and nitrile gloves, and as I dug deeper, the prices went up. Go here to learn how to prep for Ebola and find a downloadable list of pandemic preparedness supplies. Then, take action. You may only need to fill in a few gaps. None of these things would be a waste of money – there are other situations in which they could be useful. 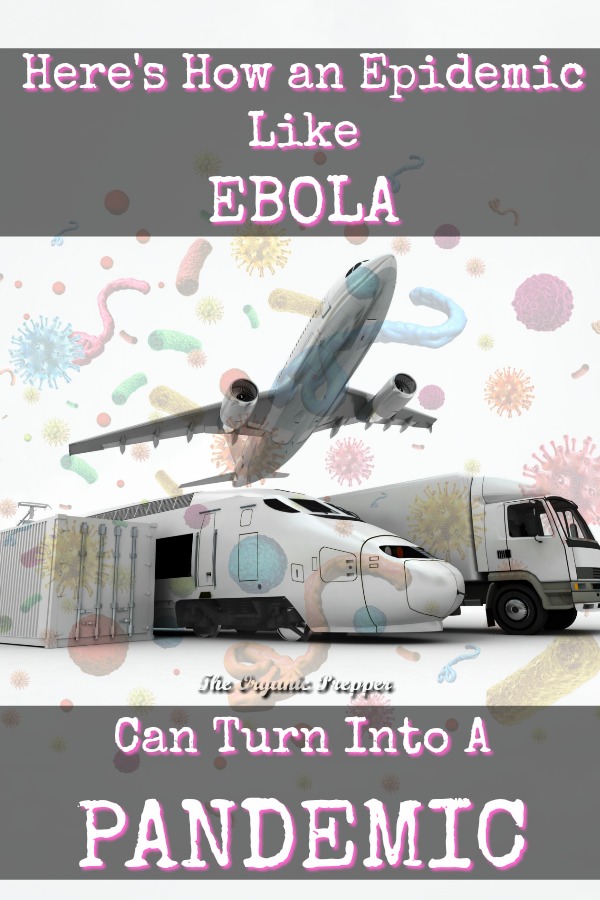