GMOs: Not Even in Moderation 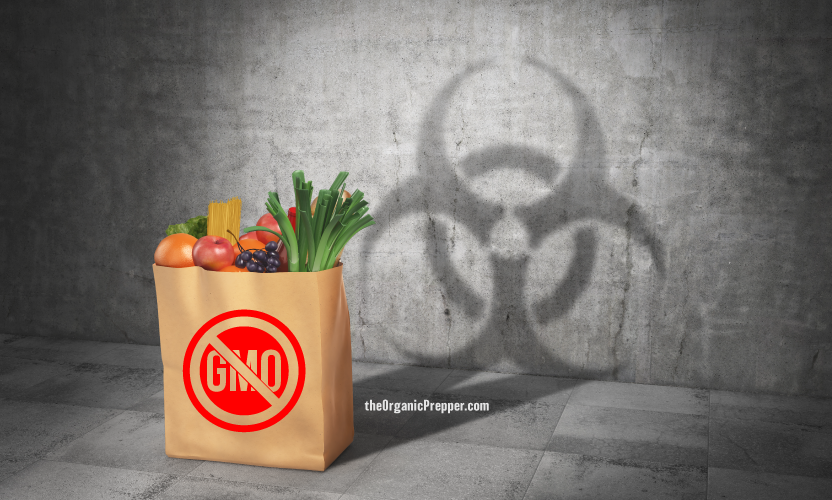 If I told you that there was a poison, let’s say, strychnine, for example, that you could ingest in teeny tiny minuscule doses and live to tell the tale, would you do it? Strychnine poisoning is one of the most painful ways to die.

Ten to twenty minutes after exposure, the body’s muscles begin to spasm, starting with the head and neck in the form of trismus and risus sardonicus. The spasms then spread to every muscle in the body, with nearly continuous convulsions, and get worse at the slightest stimulus. The convulsions progress, increasing in intensity and frequency until the backbone arches continually. Convulsions lead to lactic acidosis, hyperthermia and rhabdomyolysis. These are followed by postictal depression. Death comes from asphyxiation caused by paralysis of the neural pathways that control breathing, or by exhaustion from the convulsions. The subject dies within 2–3 hours after exposure. (Source)

Despite the agonizing death that could await, people used to deliberately consume small doses of strychnine as an athletic performance enhancer and as a stimulant. The use of strychnine increased at the turn of the 20th century, then fell out of favor as the risk of use was too high. With what we know these days about the use of strychnine, would you dip a little into your coffee and say, “Oh, it’s okay in moderation”? Would you sprinkle a little on a granola bar to give to your child before a soccer game? Would you feed a little to your family because it was a special occasion?

What does that have to do with GMOs?

With what we have learned about GMO foods why do we think consumption, even in moderation, is OK? Every week or so, some new hazard springs up in the alternative news. These hazards are carefully and quietly swept under the rug by the mainstream media at the behest of their “johns” (aka: the Big Food advertisers who pay the salaries of the media mouthpieces.)

There are many valid, peer-reviewed studies that tell us consuming genetically modified foods is a death sentence. Proponents of GMOs like to attempt to pick apart the science. They like to accuse those of us who are concerned about GMOs of being foolish, uneducated and superstitious.  From their lofty perches in academia, they condescend to the rest of us, claiming that GMOs are no different than the natural evolution of plant life, and that we, the ignorant masses, are too irrationally afraid of things that are new and wonderful to deserve labeling of these chemistry projects.  They invoke guilt upon those of us who practice organic gardening and support organic farms, alleging that these “unsustainable practices” will leave the Third World to die of starvation as the non-modified crops we insist upon succumb to failure.

Here are some facts about the GMOs poisoning our global food supply. 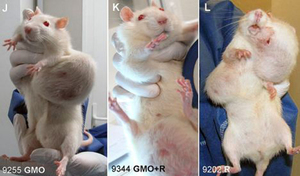 A notorious French study on rats fed a lifetime of GMO corn proved that the rats had a 50-70% chance of developing horrific tumors from the diet. Naysayers attempted to refute the science behind the study and a war soon developed in the scientific community. The rats in this study were fed NK603, the Monsanto variety of GM corn that’s grown across North America and widely fed to animals and humans. This is the same corn that’s in your corn-based breakfast cereal, corn tortillas and corn snack chips.

Below are some of the findings of this study, summarized by Natural News. 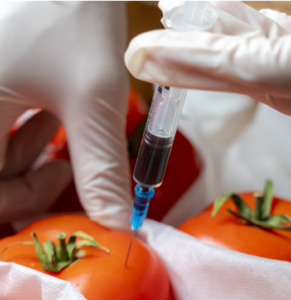 One of the first GMO monstrosities prematurely approved by the FDA was the Flavr Savr tomato, by the company Calgene (now a part of Monsanto). Scientists added a bit of recombinant fish DNA to slow the spoiling process. Before the tomato was approved by the FDA they were fed to rats for only 28 days before gastric bleeding and death occurred. 7 of the 40 rats developed bleeding stomachs and 7 more died. The FDA still APPROVED the tomatoes for public consumption. The only reason they were taken off the market is because the flavor and texture were poor. Had they been tasty, they’d still be on supermarket shelves.

India began commercial planting of Bt Cotton back in 2002.  Since that time, farm and factory workers began complaining of health concerns.

“All the evidence gathered during the investigation shows that Bt has been causing skin, upper respiratory tract and eye allergy among persons exposed to cotton… The allergy is not restricted to farm laborers involved in picking cotton but has affected laborers involved in loading and unloading Bt from villages to market, those involved in its weighing, laborers working in ginning factories, people who carried out other operations in the field of Bt cotton, or farmers who stored cotton in their homes etc.” (Source)

The issue was not limited to humans. Sheep that grazed on the crop began to die mysteriously. 25% of the livestock died within a week of being allowed in the fields from what post-mortem analysis called “toxic reaction.”

A secret virus has been discovered in genetically modified food.

In the EFSA report…researchers discovered a previously unknown viral gene that is known as ‘Gene VI’. What’s concerning is that not only is the rogue gene found in the most prominent GMO crops and about 63% of GMO traits approved for use (54 out of 86 to be precise), but it can actually disrupt the very biological functions within living organisms. Popular GMO crops such as Roundup-Ready soybeans, NK603, and MON810 corn were found to contain the gene that induces physical mutations. NK603 maize, of course, was also recently linked to the development of mass tumors in rats. – Natural Society

How does this potentially effect the consumer?

The report also discussed the characteristics of Gene VI:

The most telling thing is that in the not-so-hallowed halls of Monsanto, genetically modified food is not served. Those who create these science projects and label them food do not consume their own creations. Since 2000, there have been reports that cafeterias at Monsanto plants have chosen not to serve GMOs. A notice in one cafeteria in the UK said:

“…as far as practicable, GM soya and maize (has been removed) from all food products served in our restaurant. We have taken the steps to ensure that you, the customer, can feel confident in the food we serve.” 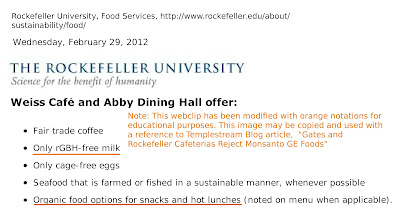 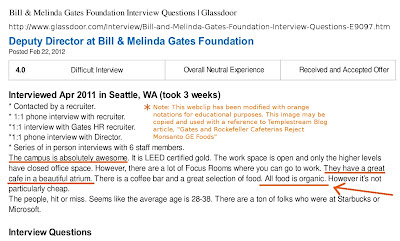 Both the Bill and Melinda Gates Foundation and the Rockefeller University Foundation have been found praising organic food, while simultaneously promoting Monsanto’s toxic seeds to Third World countries.

Are GMO’s being banned?

Many countries have banned GMOs, or at the very least require a warning label for the consumer.

Why are the United States and Canada not found on this list? At the very least, why won’t these two industry leaders require labeling of GMOs?

Food safety “authorities” have no interest in safety at all.

The FDA is notoriously in bed with Monsanto. They have insisted on no long term studies. They regularly authorize the sale and distribution of toxins in the food supply. The public cannot have any confidence in an agency whose board of directors enter through a revolving door with the world’s number one producer of toxic GMOs.

In one form or another, these GMO items can be found in nearly every non-organic item on your grocery store shelves. Many fast food chains spent millions of dollars in the campaign against the labeling of GMOs when it was on the ballot in California last November, which would indicate that they too benefit from GMOs.

Are these toxins safe in “moderation”?

Can you feed your children HFCS made from genetically modified corn in small amounts?

Long term toxicity has been proven beyond any reasonable doubt. GMOs can accelerate aging, cause organ failure, cause tumors, affect unborn babies, affect fertility and weaken the immune system. If we choose to consume these things “moderately”, how can we know what that threshold of moderation actually is, when those in charge of food safety refuse to study it, perhaps because they fear what they will discover?

I’ve always believed that foods, even “junk foods” are okay in moderation, as long as most of your diet is clean and healthy. In the light of ever-appearing revelations about the deadly effects of genetically modified foods, I’ve revised my personal stance. I don’t believe that GMOs are acceptable in moderation and strive to avoid them for my family whenever possible, a task which is becoming increasingly difficult as a quick scan of an ingredients label will confirm.

The end of the world as we know it may not be the result of a horrific natural disaster or act of terrorism from overseas. It may be as simple as pollen floating from one field to contaminate the next one, until we are starving to death or dying of cancer amidst a bounty of succulent-looking, fresh-from-the-farm poison.