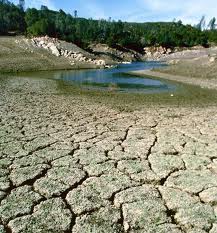 Finally, after 3 years of the driest conditions in the state’s history, California Governor Jerry Brown has declared an emergency.

On Friday, the governor took the formal step of officially declaring this an emergency situation.

“Today I’m declaring a drought emergency in the state of California, because we’re facing perhaps the worst drought that California has ever seen since records began being kept about 100 years ago.”

The official status as an emergency will allow Brown to hire more seasonal firefighters, raise public awareness, and get some relief from federal officials.

Brown’s announcement follows closely after the USDA designated parts of California as primary natural disaster areas due to drought.

California is entering one of the driest winters on record after two dry years have already parched the state, depleted reservoirs and left streams and rivers running low. American River flows are at their lowest level in two decades, while Folsom Lake has receded so dramatically a Gold Rush-era mining town, long submerged, has been exposed. (source)

One reason that this should be alarming to all Americans is the fact that a huge percentage of our fruit, nuts, and vegetables come from California. The following information was sourced from the USDA’s Agricultural Census in 2007. Look for the prices on these items to skyrocket should the drought continue:

If you aren’t producing a high percentage of your own food already, now is the time to start if you hope to be able to afford fruits and vegetables in the very near future. If you think prices are now, well, “you ain’t seen nothin’ yet.”

Prices at the checkout stand aren’t the only concern, however. In true Agenda 21 all-for-your-own-good fashion, water may start to be mandatorily rationed.

So far, Brown has asked all California residents to voluntarily reduce their water usage by 20%.  However, these conservation efforts may not remain voluntary – the reductions could soon become mandatory.

“As we go down the road – you know, January, February, March – we will keep our eye on the ball and intensify, even to the point of mandatory conservation. But we’re not going to do that quite yet.”

If you aren’t already storing water, it is absolutely your top preparedness priority at this time. Forget, for now, about the beans and rice – how are you going to cook them without any water?

Two years ago, Michael Snyder wrote about the endless drought of 2012, calling it the largest natural disaster in American history.  He predicted a water shortage that will change the lives of every person on the planet, and he was right – we are living his prediction right now.

Not only is rainfall in short supply, but the water we do have is tainted by careless industrial spills, like the one in West Virginia that has affected hundreds of thousands of people and seeped into water two states over. Within a day of the spill, grocery stores were out of water and residents who were caught unprepared had to rely on FEMA to come and save them. In South Carolina, a radioactive spill that you won’t read about in the mainstream occurred a few days ago. That plume is creeping via groundwater into the Savannah River, making toxic yet another of our limited resources.

From a survival aspect, you absolutely must focus on a long-term source of water.  All of your best laid plans will be for naught if you don’t have water rights on your property, a collection system for rainfall, and second and third sources to rely on, as well as reliable purification systems.  Safe municipal water (although with the inclusion of all the toxic additives ‘safe’ is debatable) will soon be a thing of the past.

In some states rainwater collection is already illegal. With the long-term drought conditions, you can expect that encroachment to spread. When municipal water begins to be rationed, it’s going to be too late to prepare.