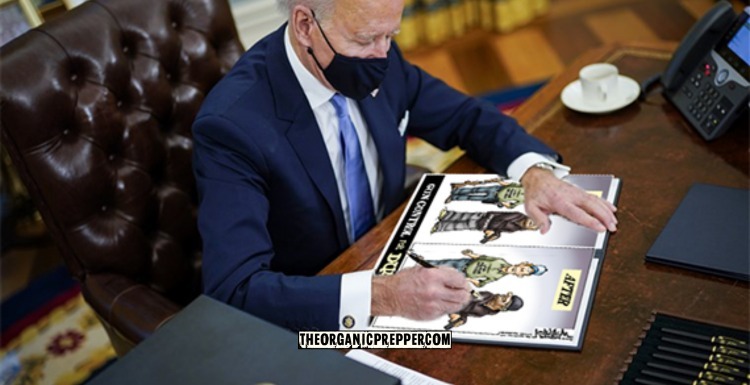 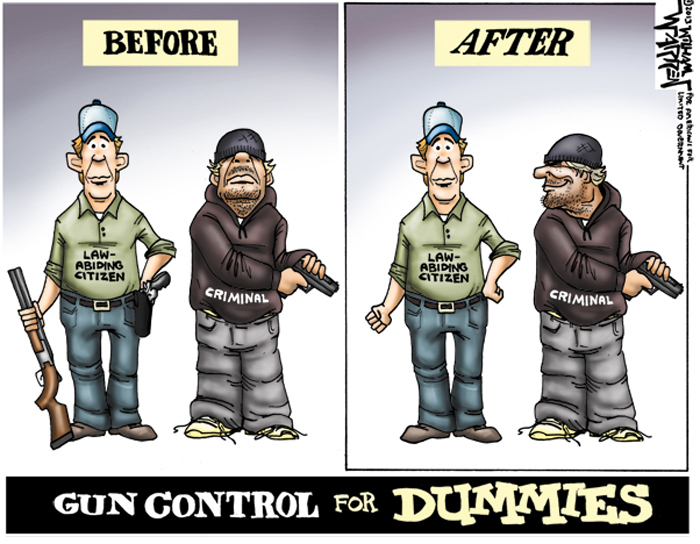 Joe Biden promised to do it and he has finally delivered. Today, the cognitively declining President of the United States signed a number of Executive Orders allegedly designed to “curb gun violence” but actually designed to destroy the Second Amendment and the Bill of Rights.

In the process, Biden has turned many Americans into felons with a stroke of his pen.

Details are still emerging as to just what the Executive Orders will mean for gun rights but we are aware of some of the ramifications.

1.)Tightening regulations on “ghost guns.” Ghost guns are of course the labels liberals use to describe homemade firearms (because “we will win by slogans”) that are generally put together from parts assembled and drilled with machine tools. As a result, they often do not have serial numbers so it is harder for the government to be able to trace them. It is legal to build a gun in a home or workshop and there is no federal requirement for a background check. But Biden aims to stop this, saying his administration will “rein in the proliferation of so-called ‘ghost guns.’”

“These are guns that are homemade. Built from a kit that include directions on how to finish the firearm. You can go buy the kit. They have no serial numbers. So, when they show up at a crime scene they can’t be traced. And the buyers aren’t required to pass the background check to buy the kit. To make the gun. Consequently, anyone from a criminal to a terrorist can buy this kit for as little as 30 minutes, put together a weapon,” Biden explained.

Biden wants these guns treated as firearms under the Gun Control Act. He argues that, under the act, key parts of gun-making kits would be required to have numbers for traceability and would also require background checks for people purchasing the kits.

We are experiencing a growing problem: criminals are buying kits containing nearly all of the components and directions for finishing a firearm within as little as 30 minutes and using these firearms to commit crimes. When these firearms turn up at crime scenes, they often cannot be traced by law enforcement due to the lack of a serial number. The Justice Department will issue a proposed rule to help stop the proliferation of these firearms.

2.) Measure the “problem of gun violence” in a “data driven way.” The Justice Department will issue an annual report on firearms trafficking. According to the official White House statement:

3.) The Justice Department, within 60 days, will issue a proposed rule to make clear when a device marketed as a stabilizing brace effectively turns a pistol into a short-barreled rifle subject to the requirements of the National Firearms Act.  “The alleged shooter in the Boulder tragedy last month appears to have used a pistol with an arm brace, which can make a firearm more stable and accurate while still being concealable,” the White House says.

4.) The Justice Department, within 60 days, will publish model “red flag” legislation for states.

From the White House:

Red flag laws allow family members or law enforcement to petition for a court order temporarily barring people in crisis from accessing firearms if they present a danger to themselves or others. The President urges Congress to pass an appropriate national “red flag” law, as well as legislation incentivizing states to pass “red flag” laws of their own. In the interim, the Justice Department’s published model legislation will make it easier for states that want to adopt red flag laws to do so.

5.) The Administration is investing in evidence-based community violence interventions.

6.) The President will nominate David Chipman to serve as Director of the Bureau of Alcohol, Tobacco, and Firearms.

According to the White House:

ATF is the key agency enforcing our gun laws, and it needs a confirmed director in order to do the job to the best of its ability. But ATF has not had a confirmed director since 2015. Chipman served at ATF for 25 years and now works to advance commonsense gun safety laws.

Biden says no Amendments are absolute.

The President is unconvinced that these orders infringe on the Second Amendment but seems cool with it even if they do.

“Nothing, nothing I am about to recommend in any way impinges on the Second Amendment,” the president said, calling arguments suggesting that those constitutional rights are at stake “phony.”

He added: “So the idea is just bizarre, to suggest that some of the things we’re recommending are contrary to the Constitution.” (source)

This is just the beginning.

Make no mistake, the Biden Administration is declaring war on the rights of the American people and the first act of resistance is non-compliance. But there seems to be more on the horizon both coming from the White House and Congress itself.