A Lot Can Happen in a Decade: Happy New Year 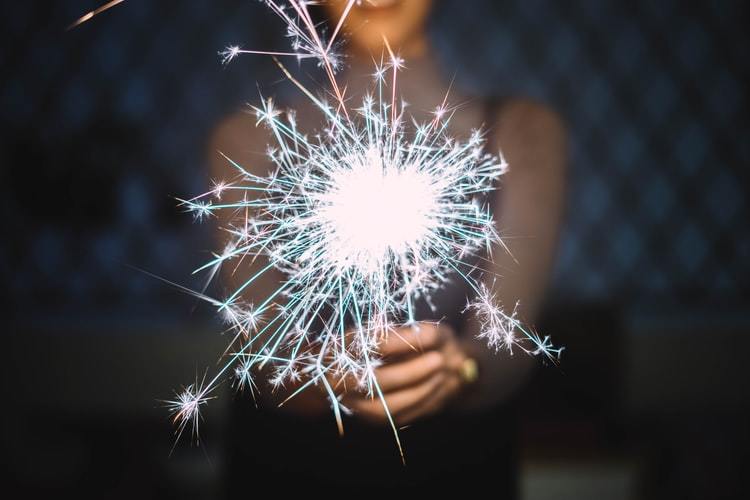 My decade began with a horrible loss.

At the end of the last decade, 2009, I lost my father. At the beginning of this decade, not even 2 years later, my girls lost their father, too. The two men who, in all the world, cared the most about my children were gone.

Over these hellish two years, I lost the house that I had purchased as a struggling single mother and painstakingly renovated by myself. I lost my car. I lost the furnishings I couldn’t afford to move out of the house. In fact, trying to move this stuff by myself, I suffered a crippling back injury that left me barely able to walk for years. Tensions were high with family members and there was even some estrangement.

I even lost my job, probably because I was in a dark place and struggling so hard to keep things together for my family that I had nothing left in me to provide customer service and participate in office politics.

To say this was a low point would be like describing the Grand Canyon as a little valley. As I struggled up through the murky waters of the worst period of depression I have ever survived, though, I knew that I would make it.

I had to. I had two fatherless girls depending on me.

I used my last real conversation with my father to inspire me to live my life in the way I had always dreamed of living it. He asked me, on his deathbed, what I was going to do with my life. I said, “I’m going to be a writer.”

He shook his head sadly and said, “No, you’re not. You only talk about writing. Writers write.”

At that moment, my grief was too profound to take action but I remembered what he had said. And when everything went to hell over the course of the next two years…when we lost EVERYTHING I had worked for my entire adult life, I turned to my father again for wisdom.

I had two girls for whom I wanted to be an example of resilience. It was time to get my sh*t together.

I wrote every day. I did freelance gigs. I got a job writing for an alternative media company which allowed me to work from home and be there if my daughters needed me. I busted my ass at that job and was rewarded with lifelong friends, a mentor, and the knowledge to start my own website, which I did in December of 2012.

A couple of years later, my mentor, who shall remain blissfully anonymous (he knows who he is) fired me. I was shocked. I said, “I thought I was doing a good job.” He said, “You are doing an incredible job. This is a mercy killing. It’s time for you to focus all your attention on your own business. You don’t need this job anymore and it would be selfish to keep you here.”

I was stunned…reeling…terrified…felt like the rug had been ripped out from under me.

But he was right. It was the kindest thing anyone has ever done for me. My own website was doing pretty well. I had self-published my first two books while working for the other organization. It was time.

So I put every ounce of energy into making my business a success. And it worked. Seven years later, my site has exceeded my wildest dreams. I’ve published several more books. I put two kids through college/trade school debt-free. I got an audience of readers that I love like a big, extended family who has given me love, support, and cheered me on, whether I faltered or flew.

My mentor remains a dear friend to this day and he and his family are some of the people I trust the most in this world. I’d do anything for them.

THINGS ENDED MUCH BETTER THAN THEY BEGAN.

And in the last year of this decade, I turned 50.

My youngest baby was ready to be on her own. So instead of getting mired in a woe-is-me-I’m-all-alone funk, I took off on an epic journey to slowly visit the places in the world that I’d always dreamed of seeing. I’m soaking in every moment, meeting new people, finding new peace of mind, and working on some brand new projects. I have a whole new set of dreams for the 2020s.

I’m happy – so happy for months that it’s reached a level that feels unfamiliar to me – almost uncomfortably so. I’m healthy – I am so much more fit and active than I was before. I’m curious and invigorated and filled with joy. So much so that when I meet new people, they comment on it. “You have such a positive vibe,” they say. They sure wouldn’t have thought that ten years ago when just going to the grocery store was an emotional, physical, and financial struggle.

TEN YEARS CAN MAKE A HELL OF A DIFFERENCE.

If you are struggling right now with the place you’re at, just know it doesn’t mean you’ll be struggling at the end of this decade. If you pull yourself up, you focus on your goals, and you work hard, you might end up in that place you always dreamed about, too.

You don’t have to accept your current path if it isn’t the one you want to be on.

When terrible, unimaginably bad things happen, you need to take the time to fully feel them and grieve for them. Then, be sure to look for the opportunities. Look where life has placed you – it just might be on the cusp of your dreams.

If you’ve lost someone dear, remember that they would want you to be happy and successful and joyful again. If you’ve lost things or places, sometimes that is a launching point.

Some people will want to keep you where you are instead of cheering for you to go find your joy and success. If you’re surrounded by people who don’t cheer you on, disengage from them – it doesn’t have to be a big fight. You can just quietly drift away without a confrontation. Not everyone will support you because your positive changes will make their lives look like less in comparison. Don’t allow them to sabotage you.

If that’s the case for you, find a circle of people that are YOUR people. Find a group that is representative of the qualities you want to have in your life. That doesn’t happen overnight but by being helpful, positive, and particular about with whom you spend your valuable time, you’ll find your people.

You might be down right now, but you’ll only stay down if you refuse to get back up.

You don’t have to be “extraordinary” to live an extraordinary life. You just have to be determined. I’m not overly special. I’m just a middle-aged single mom, kinda chubby, kinda nerdy, without much formal education and some really difficult history.

If I can do this, you can too. Figure out where you want to be and don’t give up on getting there. You’re going to get shot down repeatedly on this journey but you’re not going to let that stop you. That’s how you reach crazy, outrageous, audacious goals.

Don’t think you just need to make a decision and that your goals will then materialize magically. Bad things will still happen, but YOU will just get your ass up and YOU will keep moving forward.

Whether we’ve known each other for 10 years or 10 minutes, I appreciate your positive presence in my life. I appreciate being able to learn from you. I am grateful for you.

I love you guys.