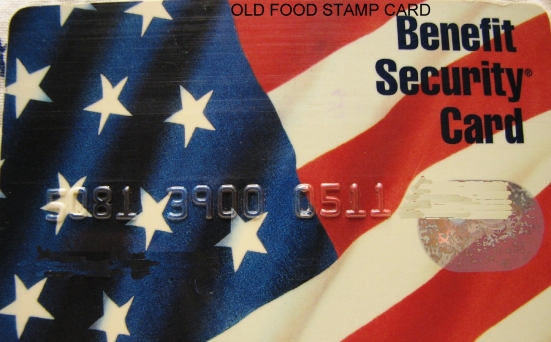 According to a Xerox spokesperson, a routine system check by the vendor resulted in system failure, leaving assistance recipients across the country with no way to buy food.

Xerox spokeswoman Karen Arena confirmed via email Saturday afternoon that some Electronic Benefits Transfer systems are experiencing temporary connectivity issues. She said technical staff is addressing the issue and expects the system to be restored soon. U.S. Department of Agriculture spokeswoman Courtney Rowe underscored that the outage is not related to the government shutdown. Xerox runs EBT card systems for 17 states and all were affected by the outage. (source)

Users of EBT (Electronic Benefits Transfer) cards in California, Ohio, Michigan and several other states are unable to make purchases due to connectivity issues.

But it gets worse…

Xerox is notifying retailers to revert to the manual system, meaning SNAP customers can spend up to $50 until the system is back online. SNAP recipients should call the 800 number on the back of their card, and Xerox will guide them through the purchase process. (source)

However, that system is not working either – it’s “closed for maintenance.”

Shoppers left carts of groceries behind at a packed Market Basket grocery store in Biddeford, Maine, because they couldn’t get their benefits, said fellow shopper Barbara Colman, of Saco, Maine. The manager put up a sign saying the EBT system was not in use. Colman, who receives the benefits, called an 800 telephone line for the program and it said the system was down due to maintenance, she said.

“That’s a problem. There’s a lot of families who are not going to be able to feed children because the system is being maintenanced,” Colman said. “No one should put maintenance in during the daytime.” (source)

Despite the fact that government workers report orders from the Obama administration to “make life as difficult for people as we can”, the nation is assured that the EBT failure is in fact due to server issues and NOT due to the government shutdown.

Keep in mind that the truckers are also on a general strike this weekend, protesting in Washington DC against high gas prices, rampant unemployment, and corruption in the US government.

Between October 11th and 13th they have called for a general strike, asking truck drivers around the country to refuse to haul freight, a move that could carry with it a significant impact on the American economy.

The protest calls for truckers to make their way to Washington D.C. in a massive convoy in an effort to call attention to, among other things, the Benghazi cover-up, the recent attack which killed 25 members of Seal Team 6, ever rising fuel prices, and claims that President Obama has engaged in treasonous crimes. (source)

Things are already starting to get ugly. ZeroHedge posted the following Tweets:

NOBODIES EBT CARD IS GOING THRU AT WALMART

EBT is down so Walmart is complete chaos right now, so glad I’m leaving in 2 hours

EBT down at walmart and MF going crazy!

I almost just killed some people at Walmart, EBT is apparently down today #madhouse

Working at walmart while EBT is fucking up <<< I just might get shot today. Lol.

This is your 72 hour warning. If you don’t already have a two week supply of food and water, now might be a good day to go stock up, just in case this is the beginning of a bigger crisis. The first three days after a major event are your window of opportunity to get prepared, based on the just-in-time food supply in grocery stores and the amount of food most people store in their homes.

If the EBT failure continues, look for the situation to get progressively worse.

Thank you to NinaO!