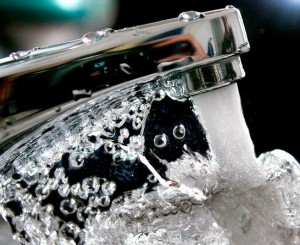 Many communities around the world have been successful in removing fluoride from their water supply, but that’s not the only concern. Although fluoride is still a controversial topic within the mainstream, the other chemicals found in drinking water are not. A new study done by United States federal scientists found traces of 18 unregulated contaminants in the drinking water utilities in a nation-wide sampling, the study is expected to be published this year. It was conducted by the U.S. Geological Survey (USGS) and the U.S. Environmental Protection Agency (EPA). (1)(2)(3)

They did it by analyzing single samples of untreated and treated water from 25 U.S utilities that voluntarily participated in the study. A total of 21 contaminates were found, and 18 of them are chemicals that are not regulated under the federal  Safe Drinking Water Act.

A research hydrologist with the USGS Dana Kolpin, who participated in the study said that “the good news is the concentrations are generally pretty low.” Personally, I don’t think that there is any good news that comes from the fact that 18 unregulated, unhealthy chemicals were found. Sure, they might be in low concentrations, but human beings drink water every day, constantly for their whole life. Four of these chemicals were metal strontium, the herbicide metolachlor, PFOS and PFOA.

What might be the most disturbing discovery  are the perfluorinated chemicals that were found, PFOS and PFOA. These chemicals have been detected in the blood of nearly all people in the United States. They are widely used in many industrial processes, and are responsible for numerous health ailments like high cholesterol, colitis, thyroid disease, cancer, and more.(2)(4)(5)(6)(8) This information is not hard to find, apart from the information sourced in this article, a quick google search of “perfluorinated chemicals and human health” bring up a number of scholarly articles, and published peer reviewed scientific studies that prove it.

“Perfluorinated chemicals are persistent, bioaccumulative toxicants. Widespread human exposures, including in fetuses, is well documented. PFOS is considered unusually persistent, unable to breakdown under any known conditions, thus remaining in our environment forever, posing threats of ongoing exposure and toxicity to humans and wildlife. The most scrutinized PFCs have toxic profiles that include cancer and reproductive/developmental effects. Initial studies in humans show an inverse relationship between PFOS exposures and growth parameters in newborns, although the findings are inconsistent. More recently, scientists have identified a potential link between PFCs and infertility.”(6)

“While the federal government is slowly beginning to acknowledge the hazards associated with fluorinated chemicals, their response so far has been limited primarily to further study and voluntary agreements with manufactures on only a few of the chemicals of concern.”(6)

It’s also important to note that PFOs have been linked to attention deficit disorders.(4) The Strontium found in the water can also affect bone growth. PFOs aren’t removed in treated drinking water either, similar concentrations were found in the treated water and the untreated water. Only one plant was successful at removing them, and it used activated carbon treatment.

So what can we do? We must protect our water. Clean safe drinking water should be the right of every human being on the planet. Unfortunately, it can be costly today. It’s best to make sure that you have a good water filter, nobody should be drinking tap water anywhere in North America.   The Safe Drinking Water Act only regulates 91 potential water contaminants. In the US alone, over 60,000 chemicals are used that can find their way into water supplies. Many of them have been identified as possible carcinogens. Current estimates suggest that there is more than 2,100 known chemical toxins present in U.S. tap water. Cities with older pipelines also face problems as chemicals leach from the lines as the water travels.

As we move forward into 2014 people across the planet are raising their voices in a very critical time. Now more than ever, we must speak for our planet and protect its natural resources, especially our water. Many of us take water for granted, forgetting that a large portion of people do not even have access to clean, safe drinking water. Just like everything else, water has fallen into the hands of a few corporations. Not long ago, the CEO of Nestle said that clean, free public drinking water should not be a basic human right.  Water is very sacred, essential for life and it’s our responsibility to protect it.